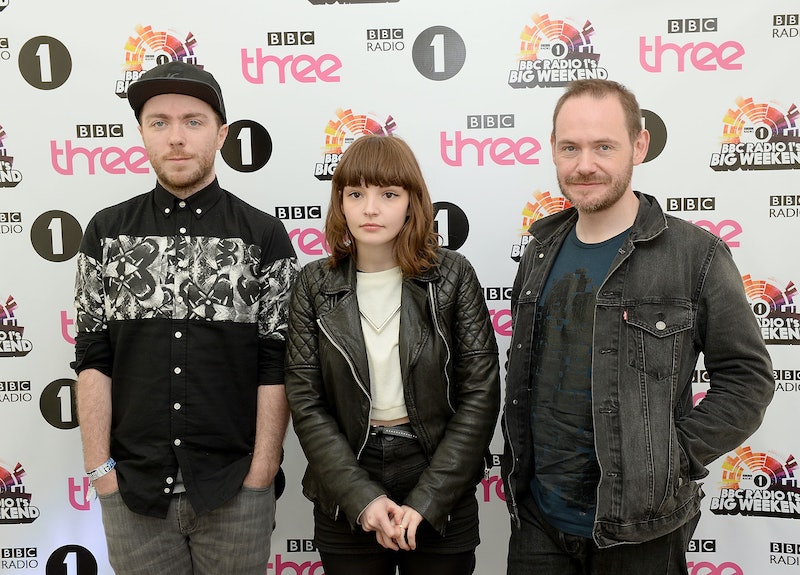 Apparently, CHVRCHES' musical covers are slowly driving everyone over the edge with glee because the Internetz cannot seem to stop raving over how great of a job CHVRCHES did with covering Justin Timberlake's "Cry Me a River." And hey, it's with good reason: Aside from the fact that it sounds really good, Timberlake even personally co-signed their synthesized version of his song by retweeting the link to their performance on Twitter, so they should certainly consider this a job well done.

CHVRCHES have produced some pretty amazing original music with songs like “The Mother We Share,” and “We Sink,” which was included on the soundtrack of FIFA '14. That said, though, I have no doubt that they could get away with releasing an entire record of covers, just because they're so good at it: To date, CHVRCHES has demonstrated that they're not afraid to experiment with a range of genres, whether it’s rock, pop or R & B. It’s a perfect way to pay homage to the other artists and I’d say it’s also a pretty effective way of getting others who aren’t familiar with their music to give it a serious listen.

Considering CHVRCHES just began recording their second album at the beginning of the year, all of these impressive covers will likely build buzz around the upcoming project, the follow-up to 2013’s The Bones of What You Believe.

Until they unveil what they’re cooking up in the studio for album number two, take a look at these 7 awesome CHVRCHES covers to get a feel for their style:

Arctic Monkeys' "Do I Wanna Know?"

The synthesizers give this version more of a hollow feel, and features a combination of Lauren Mayberry and Martin Doherty's vocals.

Seeing as how CHVRCHES have the same jerky dance moves as Lorde, it seems natural that they'd cover one of her songs.

I absolutely love Janelle Monáe, so the thought of someone messing with her music is a little unnerving — but this cover is an absolute win.

Personally, I'd probably die before attempting to redo a Prince song, but this one should meets the Purple One's approval.

The Game of Thrones Theme Song

Clearly, CHVRCHES likes to keep it versatile when it comes to their musical makeovers.

Rage Against the Machine's "Killing in the Name"