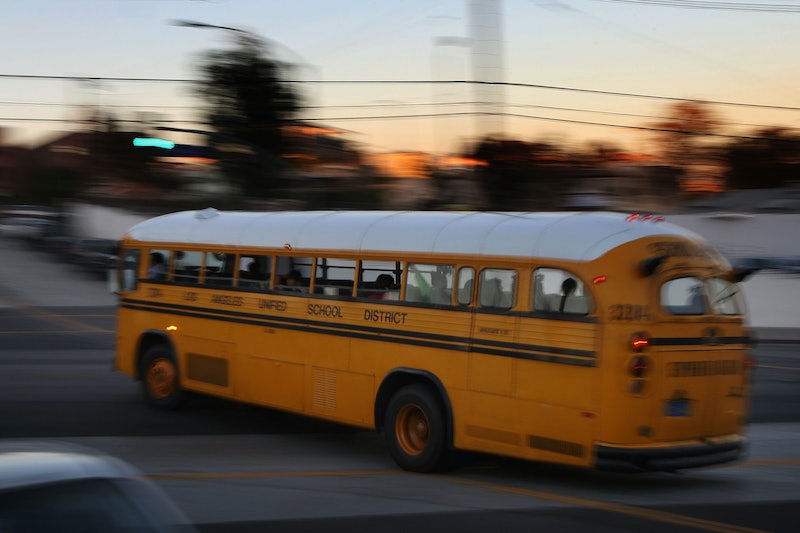 Striking Boston school bus drivers returned to work Wednesday morning after the school-bus operator, Veolia Corporation, promised to meet with them this morning to discuss their labor demands. Yesterday, 600 drivers skipped work to protest a variety of grievances, particularly payroll problems and a new real-time GPS bus-tracking system that some drivers said had implications beyond simply informing parents where the buses were.

"We think it's for disciplining drivers," said driver Fausto Darosa. "If a driver is stopping somewhere to step out to relieve themselves, you have to question us."

Last night, a federal judge refused to get involved in the strike negotiations. Veolia had asked him to issue a injunction that would force the drivers to go back to work. However, because the strike was conducted by the drivers and not sanctioned by the union, the judge said he couldn't grant one.

Despite the 'wildcat strike,' attendance was at 82 percent in Boston schools yesterday. The metro system gave free rides to students, and police were shuttling kids to school in squad vehicles.

“I want to thank the parents,” Boston Mayor Tom Menino said at press conference Tuesday evening. “This is extremely frustrating for them and I don’t blame them for being angry. I’m extremely angry. Our young people should not be hurt because of selfish people who only want to cause disruption in our city.”

Not sure his wording is helping the situation, but okay.

Officials still won't admit the strike was a strike, but are instead calling it an 'unfair labor protest' (backtracking from calling it an 'illegal' one yesterday).

In a little dig at the drivers' protest, the school district even suggested parents use that same GPS program drivers are angry abut to track where their kids' buses were this morning.

If talks don't go as planned, the school district has told parents to have a back-up plan to get their kids home from school this afternoon.