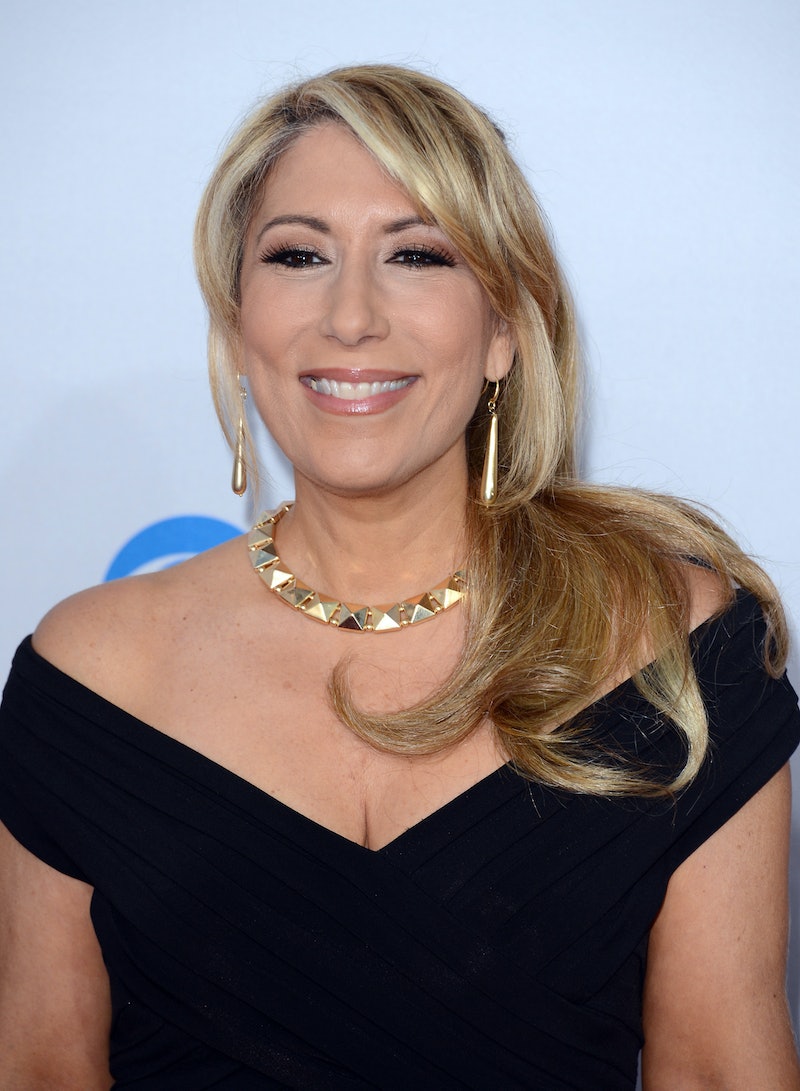 Shark Tank is kind of fascinating, no? It manages to balance being a dramatic reality TV program while also doling out some solid entrepreneurial advice — and even if you're like me and don't have a single ounce of entrepreneurial spirit, you still won't be able to tear your eyes away. The sharks all have their unique personas, but you've got to wonder sometimes what they're like when the cameras are off. Take Lori Greiner, for example. What do we really know about her outside of Shark Tank ? Who is Lori's husband?

I mean, we do know other very important things about her. We know she's the QVC Queen. We know she's a self-made inventor/entrepreneur who's estimated net worth is over $50 million. We know she holds over 1,000 patents. We know she's known (and universally loved) as the "warm-blooded shark" of the show. We know she just appeared on New Girl — and completely killed it. Basically, we know that she's about as amazing as they come — but what about her personal life? Well, Lori has actually been married for several years to Dan Greiner.

They Met In A Bar

They met at a place called Kincaid's in the Lincoln Park area of Chicago, according to Chicago Business. How's that for a meet-cute?

Chicago Business also reports that when Dan took a look at the beginning of Lori's empire, he thought, "This is going to be huge." Well, he was certainly right! She also noted that he has been supportive of her from the very beginning.

He Even Quit His Job To Work With Lori

Six years into their relationship, Dan quit his job to work for Lori's company (the cleverly-named For Your Ease Only) full-time — and he currently serves as the Vice President and Chief Financial Officer.

Chicago Business reports that Dan and Lori run the multi-million dollar company from a shared desk (or at least they did in 2009, anyway). I mean, how cute is that?