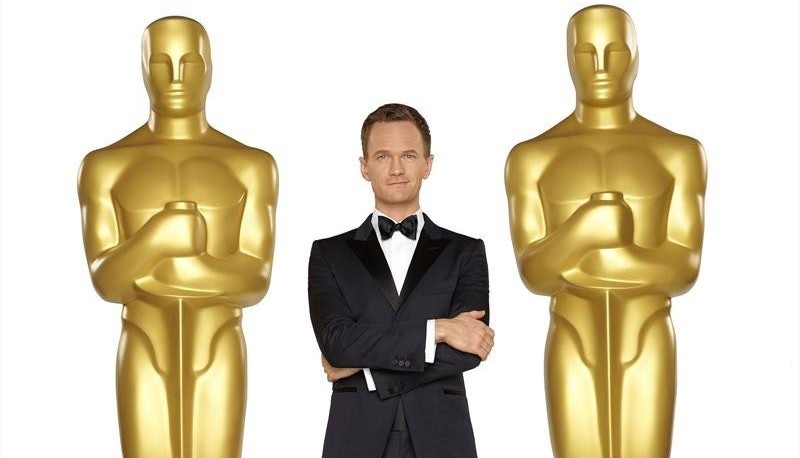 Neil Patrick Harris seems like he has a handle on things. When it comes time to host the Academy Awards, I feel like we're in good hands. I doubt he's going to disappear or half-ass it like some Oscar hosts of yore (cough, James Franco, cough). He's already got the two qualities most important to an awards-show host: an abundance of charm, and (most importantly), the ability to keep it moving along. His confidence is reassuring, but is it because he's done this sort of thing before? Neil Patrick Harris has to have hosted the Oscars before 2015, right?

While it may seem as if NPH has hosted every single awards show in existence, including the Oscars, this is his first Oscar-hosting gig. And it looks like he wants to make a splash. "I need a scandal," he told USA Today. "I wouldn't mind if someone was caught with a prostitute. Or maybe something with someone unexpected. Maybe Clint Eastwood or Bobby Duvall."

Don't sell yourself short, Neil. I don't think the broadcast needs something gimmicky, like a big scandal, or a multi-celebrity-mega-viral selfie, to be a good Oscar one. NPH has the power within him all along. Here are some reasons that Neil Patrick Harris will make the perfect Oscar host:

He Looks Good in a Suit

If the clothes make the man, then the tux certainly makes the Oscar host. After all, isn't wearing the proper attire basically half the gig? If there's one thing we know from years and years of Barney Stinson appreciation, it's that he knows how to dress for an occasion. If there were ever a time to suit up — or tux up. It is the Academy Awards, after all.

He Can Sing & Dance

It's not required that an Oscar host be able to sing and dance. (Jon Stewart, my favorite — and the most underrated — Oscar host, certainly couldn't.) But it does make the opening of the show a lot easier if the host can do a musical number. It worked for Hugh Jackman. It kinda-sorta worked for Seth MacFarlane before he we realized how offensive his opening number was. (At least we got to see Joseph Gordon-Levitt sing and dance a little there.) Even Billy Crystal, who's not a singer by any stretch of the imagination, usually squeezed in a song there. I hope we'll get a little soft-shoe and a tune from NPH.

He Can Do Magic

If things go really wrong and NPH gets truly desperate, he can always fall back on doing magic trucks. There's no problem that a little misdirection can't solve.