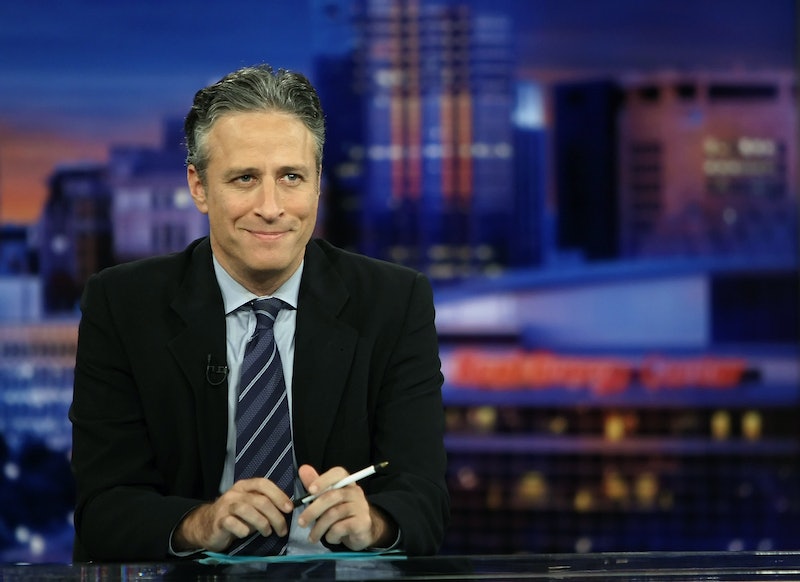 It's the end of an era now that Jon Stewart is leaving The Daily Show , and although no replacement has been named yet, the longtime host knows what he wants to see in his successor. At his appearance on the "Employee of the Month" show at Joe's Pub in New York on Thursday, Stewart revealed that he hopes the next host will be like John Oliver and will help the show evolve.

"What I want to see there is the next iteration of this idea. I feel like the tributaries of my brain combined with the rigidity of the format. I feel like I used every permutation of that I could possibly use. I would love to see the next iteration of that, like John Oliver was able to apply our process to a more considered thing [on Last Week Tonight], and it's exciting to watch it evolve and see it mutate and change and fill different gaps and different ideas. That's the part that I'm looking forward to seeing."

When Stewart previously explained his Daily Show departure, he talked about wanting to spend more time with his family, and he had a funny story about the real reason why he's leaving, too.

"I just needed more flexibility. I got maybe four or five more years with the kids until they really don't want anything to do with me. And I'm just not there. You can't [work from 9 a.m. to 9 p.m.] for 16 years and think you're going to be able to tell them to not smoke pot. You can't show up at 9 p.m. and go, 'Don't get high. OK, goodnight, sweetheart.'"