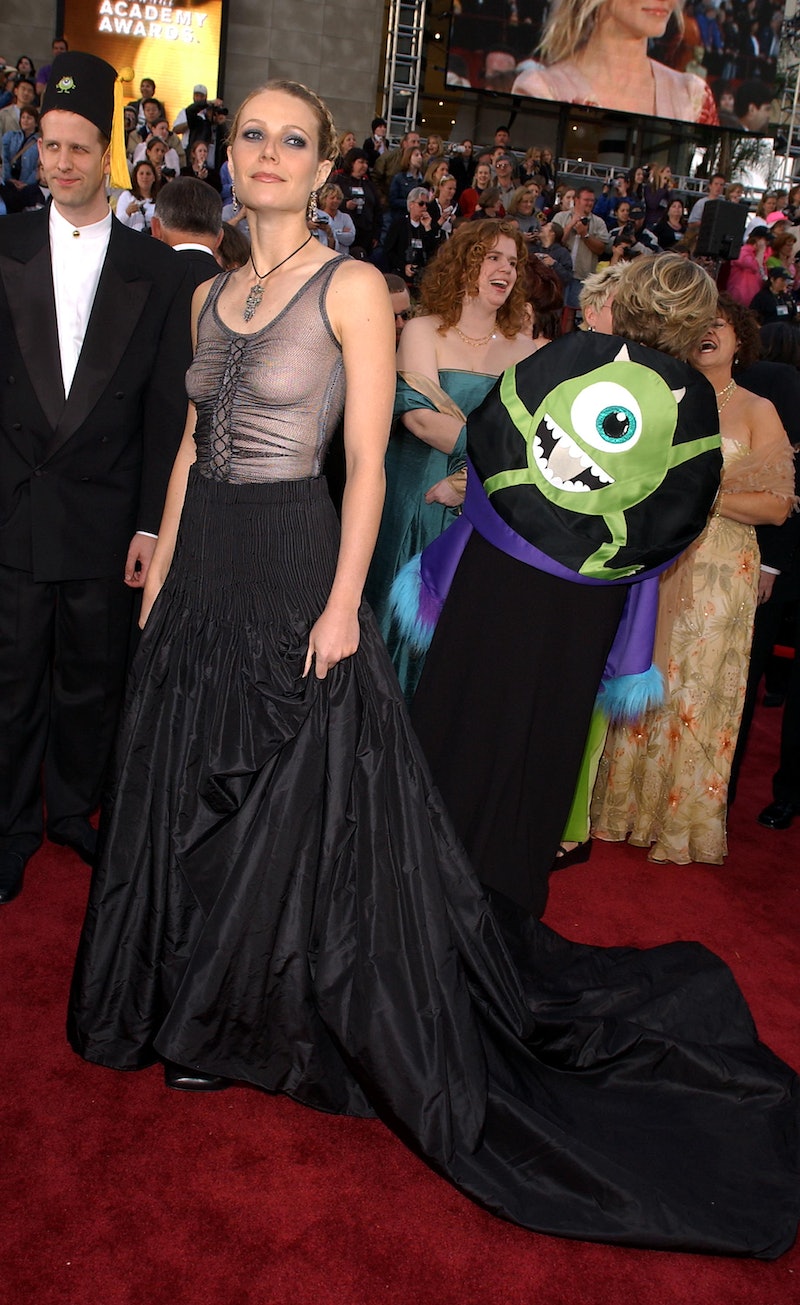 Red carpet fashion at the Academy Awards is discussed and dissected as much as the winners themselves, if not more. While we wait for this Sunday's live telecast of the stars arriving at the Dolby Theatre in Hollywood, let's take a look back at some of the most talked about Oscar fashions in history. Sure, there are lists upon lists of the best Oscar dresses of all time as well as some questionable red carpet looks, but for every classic Grace Kelly moment or kooky Bjork swan dress, there are simply those sartorial standouts through the years that have set the bar for how to work the red carpet.

Most of the Hollywood stars below have attended more than one Academy Awards red carpet and made a fashion statement each time. A few of them have even won the coveted Oscar for their amazing performances. From unexpected pops of color, to mixing casual pieces with couture, these fashion forward ladies brought an element of surprise to the red carpet. Each star also added her own unique personality to each dress or outfit, and made no apologies for her choices. Even though they were criticized for their shock value or wacky styling, no one can deny the impact that each of these daring and rule-breaking looks have made on Hollywood's biggest night.

Last year's Best Actress winner Cate Blanchett (Blue Jasmine) takes fashion risks and 99.9 percent of the time, she slays. Blanchett has worked with virtually every designer in bringing high fashion to the red carpet, but her most riveting look so far is a mauve Givenchy Couture gown with pearl details. From the structure of the bodice, to the hint of yellow beading, to her understated and elegant styling, Blanchett was arguably the night's biggest winner.

Whether it's the princess pink Ralph Lauren in 1999 or that breathtaking white Tom Ford cape in 2012, Gwyneth Paltrow truly knows how to make an entrance at the Academy Awards. Her boldest choice, however, was a goth-inspired Alexander McQueen gown with a sheer top and full black skirt. The actress later regretted her choice to go bra-less and the styling, but still gushed over the now-infamous dress.

Twenty six years after winning an Academy Award for Annie Hall (and wearing a white suit and tie to pick up her Oscar trophy), Diane Keaton paid homage to her trademark style with a black Ralph Lauren suit, bowler hat, and leather gloves.

It's not easy to stand out when you're married to the most famous man in Hollywood, but Nicole Kidman managed to do that with her chartreuse John Galliano for Dior gown, considered one of the best Oscar dresses of all time. Tom who? Kidman was a statuesque vision in a color that no one had ever worn on the red carpet before and no one has dared to try again.

After her sexy, star-making turns in Basic Instinct and Casino, the whole world expected Sharon Stone to arrive at the Oscars wearing a dress that left little to the imagination. Instead, the actress showed up in a Gap turtleneck and made red carpet history. Stone repeated this casual glam aesthetic two years later when she paired a lilac Vera Wang skirt with a white button-down shirt - also from the Gap.

Even though she was ridiculed for wearing a white tuxedo jacket backwards to the Oscars, Celine Dion worked her look throughout the night and never looked back (or forward). The "My Heart Will Go On" singer's outfit might be called one of the worst red carpet outfits in history, but at least Dion didn't take herself too seriously. Plus, Celine is amazing.

Cher didn't just break the rules — she made her own. Snubbed for her performance in Mask, the living legend gave the Oscars red carpet a fashionable middle finger with a showstopping headpiece and belly-baring black ensemble designed by her friend Bob Mackie. The outfit was shocking, surprising, and oh so CHER. The Academy eventually took notice and gave Cher a golden statue two years later for Moonstruck.