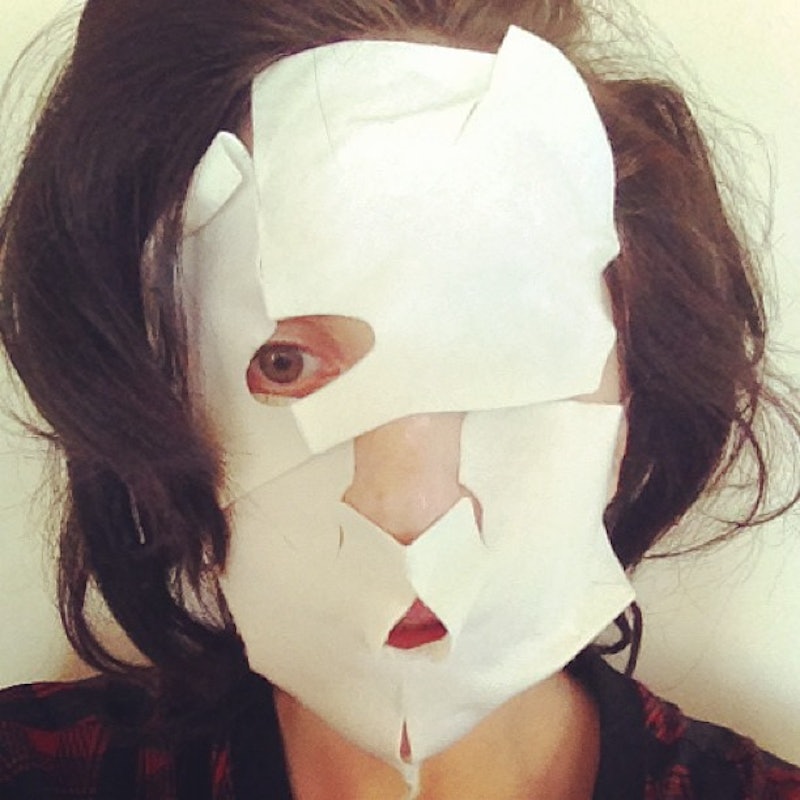 I have a Google alert set for the word "makeup." (Because I sometimes write about it.) Once a day, I get a handful of results from around the web such as new makeup releases, the occasional makeup study, and important missives of truth like "Plum lipstick is your fall must-have!" But most frequently, Google sends me articles that promise to show me what famous people look like when, quite shockingly, they leave the concealer at home.

Oh, don't worry, the articles are very well-intentioned. They're not pointing fingers, like those horrible tabloid roundups of "Worst Beach Bodies!!!" where they force you to guess the owner of the cellulite that they've so thoughtfully zoomed in on. These are very positive articles, joyfully proclaiming things like "Naomi Watts Stuns Without Makeup on Beverly Hills Coffee Run!" "Natural Beauty Kate Hudson Reveals Flawless Makeup-Free Complexion While Grocery Shopping With Son Ryder!"

Ah, enough already. These articles are so boring, predictable, and obviously voyeuristic. The idea that celebrities are pretty without makeup is a thinly-veiled excuse to stare, invade, and dissect. Why is it so interesting that sometimes J.Lo doesn't want to put on a full face? What are we actually hoping to see when we clink on a link like those above? A blemish, to remind us that they're human? A dazzlingly pure complexion, so that they can continue to be our idols?

The "Stars Without Makeup" trend is linked to wide-spread cultural appearance insecurity and the increasingly invasive treatment of celebrities through paparazzi (an issue that celebrities are speaking out against more and more). Celebrities aren't necessarily as distant and untouchable as they were in the days before social media, so much of this mystique around celebrities' 'real' faces is unnecessary.

And remember: It's just kind of dumb. Most celebrities are beautiful people; that's the nature of the fame game. Jennifer Aniston isn't going to transform into a troll once the Oscar gown comes off. So we can click on makeup-free photos all we want, but we're never going to see ourselves reflected back, no matter how assuringly humble the photos are. No matter how much or little makeup Miley wears, she still occupies that gilded cloud where only the very famous reside.

So let's back off and let celebrities skip the mascara for a day. I don't know about you, but I'd prefer to live in a society where a makeup-free woman is not cause for a photographing spree. Because sometimes I just don't feel like putting a face on either.