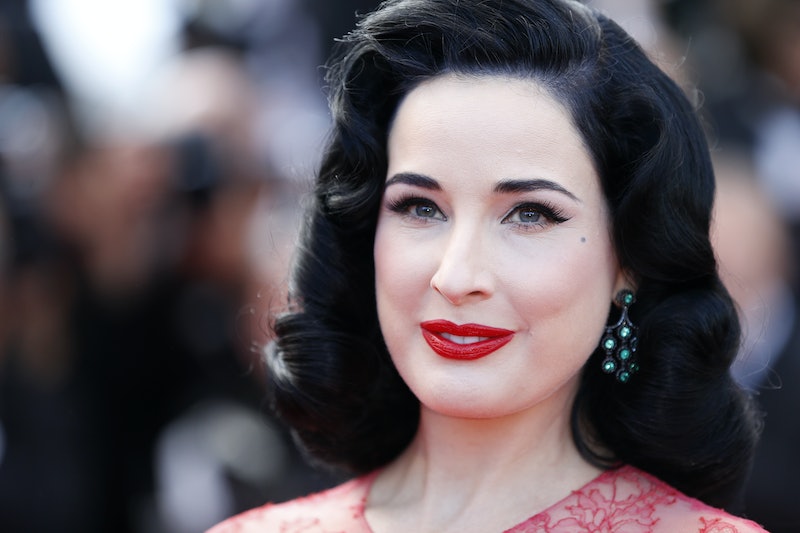 It may have been the most successful February movie opening in history, but not everyone contributed to Fifty Shades of Grey 's success. One famous face who skipped Fifty Shades is Dita Von Teese. "I have not seen it and I have not read the book... It seems very, like, from what I understand, it's very fetish light. I’m kind of an expert. I know the real players in that industry," says Von Teese ahead of a performance at the W Downtown in New York.

It was only natural to ask the superstar burlesque performer about Fifty Shades of Grey, not only because of the movie's popularity, but because Von Teese has past experience as a fetish model. And even though she hasn't seen the movie, that's not to say that she doesn't see any value in the film and the books on which it is based. "I think it's really wonderful that there is erotica that is reaching the mainstream. That women are embracing their sensual, sexual side."

And that they are. The film made over $300 million in a week after opening, and the book has sold over a million copies. Yeah, a lot of women are embracing a lot of sensuality.

Von Teese does point out an issue with some of the reactions to the film, though, saying, "It's a little distressing that people feel the need to compare it to domestic abuse. That shows a lack of intelligence about sexuality and the human mind."

So will she ever see the movie? She isn't totally against the idea. Von Teese adds, "I'll probably see the movie at some point. I just haven’t had a chance."