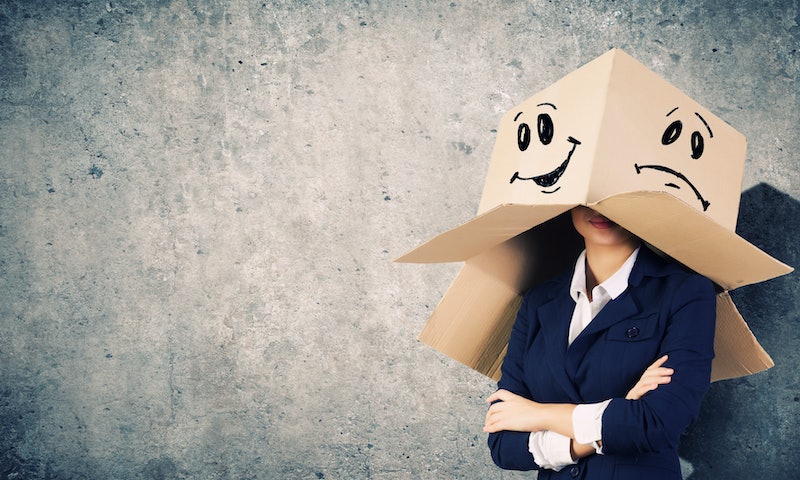 I've counted myself extremely lucky that throughout the entirety of the economic recession thus far, I only spent a few months totally unemployed (right after I finished grad school). But for those who have suffered from long-term joblessness, could their unemployed status actually be changing their personality? According to a new a somewhat sobering study, maybe. In an effort to determine whether or not unemployment can have lasting changes on someone's personality, researchers from the University of Warwick performed some impressive data analysis; they just published their results in the Journal of Applied Psychology, so for the curious, here's the deal.

The researchers used data gathered by the German Socio-Economic Panel Study, an ongoing longitudinal study of German households that began in 1984. Specifically, they focused on 6,769 workers who had taken a Big Five personality inventory in 2006. Their employment status was tracked over the course of four years, at the end of which they were given the Big Five personality inventory again. The University of Warwick researchers then used that data to see how employment status affected the personality traits that make up the Big Five: Agreeableness, conscientiousness, extraversion, neuroticism, and openness.

About 450 of the 6,769 workers tracked for the analysis found themselves unemployed at some point between 2006 and 2009. While those who never suffered from unemployment saw negligible change in their Big Five trait scores during that time, those who were jobless for any length of time did — with regards to three traits in particular.

Here's how their scores fluctuated for agreeableness, conscientiousness, and openness:

Why are these shifts in score notable? Because how you score on the Big Five personality traits is largely considered to be fixed by the time you reach age 30. What this study seems to suggest, therefore, is that unemployment actually can change your personality, even after the point at which you're meant to have mostly settled into yourself.

I'll be honest, though: I'm not totally convinced that the changes are permanent. I'm not even convinced that your personality ever is fixed. We've been over why I think the Big Five inventory is flawed before, but Melissa Dahl of the Science of Us also brought up an interesting point in her discussion with Brian Little, author of the book Me, Myself, and Us: The Science of Personality and the Art of Well-Being this past fall: We can consciously choose to “act out of character.” Sometimes doing so can have some unpleasant side effects — anxiety, for example — but if, say, you have a job that requires you to be relatively extraverted, you can put on that behavior the way you would a costume and play the part for as long as you need to. It's how Little himself says he teaches during his lectures at the University of Cambridge.

I wonder, though — and I don't have any science to back this up, so let me be clear that this is just speculation on my part — whether playing the part enough can result in actually developing the personality traits associated with that behavior. It's the real-life application of “fake it til you make it” — and if it is possible to coach yourself into developing new traits, then maybe personality isn't as fixed as we might think. Besides, it's been well documented that long-term unemployment correlates with depression. I would expect that no matter how open, agreeable, or conscientious you are, having this sort of depression might dramatically change how you answer questions geared towards measuring the Big Five traits.

Maybe that's just me, though. It's still an interesting study; read the whole thing online here.