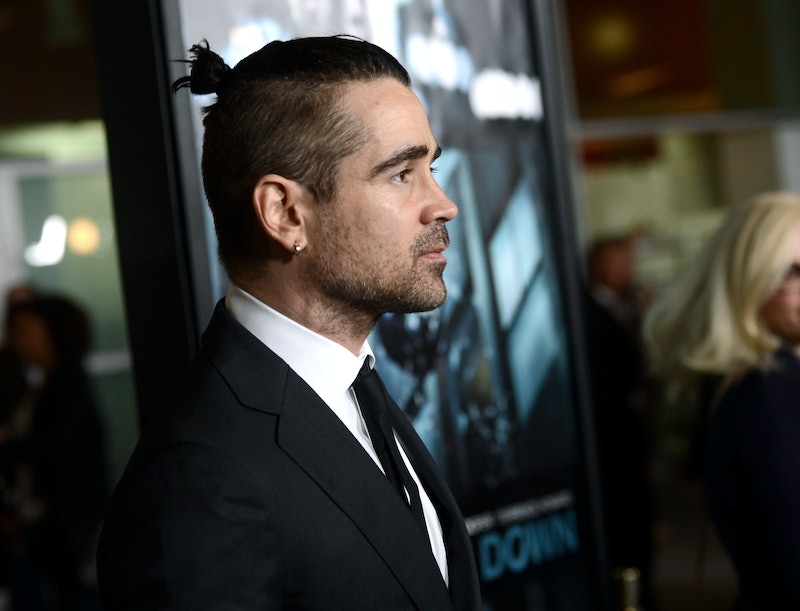 The streets are no longer safe for anyone sporting the seemingly omnipresent hairstyle known as the “man-bun.” Various male celebrities like Leonardo DiCaprio, Colin Farrell, and Harry Styles have been spotted with this samurai style of hair. And now the comedy team Derick Watts & The Sunday Blues have decided to take matters into their own hands by creating a video that shows them driving around Cape Town, South Africa and cutting off man-buns.

“A lot of things annoy us in this world — plenty actually — but at the moment, I’d say it’s the top-knot hairstyle that’s taking the cake,” Watts says at the beginning of the "Stop the Knot" video that the group uploaded to YouTube on February 18. “It looks like you’re balancing a rubber band on your head.”

In the video, they set out to find various men who are sporting the popular hipster hairstyle. One member compares the top-knot look to “an onion who’s also a dick” while another describes it as “a prepubescent samurai.” The group's search quickly ends after finding their first mark. Watts, wearing a GoPro camera on his head, sneaks up behind his blurry-faced target, a pair of scissors in hand, and quickly snips off his hair. Watts sprints back to the car and dashes off before the victim even realizes what had just happened. He then places the snipped clump of hair, sometimes with the rubber band still attached, into a jar labeled #STOPTHEKNOT and brings the LOLz.

The clip has amassed more than 2 million views on YouTube, but not everyone is laughing at the stunt. Several viewers felt the prank was a form of assault, while others even attacked Watts on Twitter for sporting a handlebar mustache, which they thought looked more absurd than the man-buns that he felt compelled to abolish from mankind.

Watch the video below and decide whether it's funny or a felony: