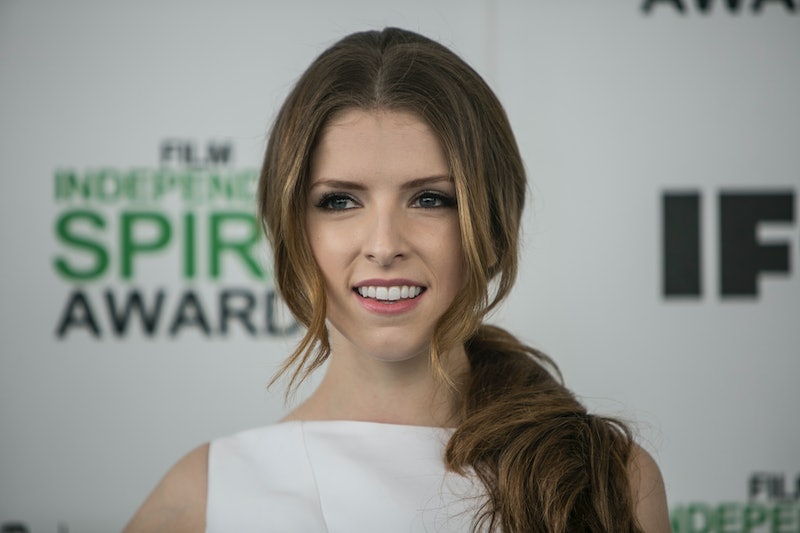 The masterminds behind the Academy Awards kept everything relatively hush hush when they initially announced that Anna Kendrick would be performing at the Oscars. What would she be performing? Who knows? In what context? Your guess was as good as ours? (*Non-committal shrug.*) Everything regarding performances was kept very, very vague. But, now we know! Because it's actually occurred! Kendrick performed "Moving Pictures" at the Oscars with Neil Patrick Harris (and a Kanye West-ing Jack Black) during the beginning of the 87th Academy Awards, and it was the best opening number I've seen in a long while.

Kendrick took the stage during Harris' opening number of the ceremony, performing a song about the wonders of the movies. It was, in a word, splendid, and the perfect way to kick off the year's biggest celebration of film. The song was written by Frozen composers Robert Lopez and Kristen Anderson-Lopez, who took home the Oscar for Best Song for "Let It Go" last year.

Kendrick was nominated for an Academy Award for Best Supporting Actress in 2009 for her role opposite George Clooney in Jason Reitman's Up In the Air. She was also nominated for Tony at the very young age of twelve her role in High Society in 1998. Considering her musical pedigree (buoyed by recent gigs Pitch Perfect and Into the Woods) and her Academy Awards pedigree, the performance was a pretty fitting addition to her resume.