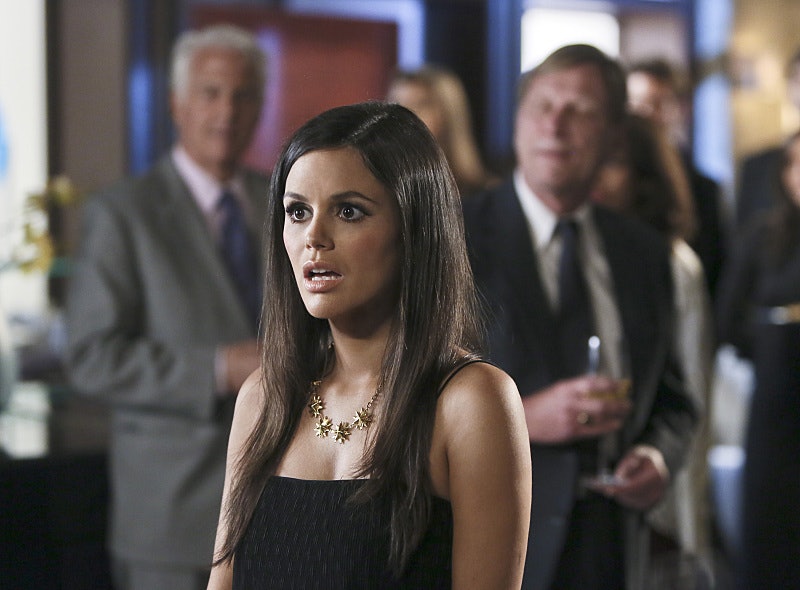 C'mon, Zoe, you're a doctor for crying out loud — I expect you to be smarter than this. After taking a break from Zade in "Bar-Be-Q Burritos," Hart of Dixie finally came back to its parents-to-be couple during this Friday's episode. During "Alabama Boys," Hart of Dixie revealed that Zade is having a boy and, naturally, Zoe and Wade had extremely different reactions to the news. Yes, you guessed it — Wade was thrilled about having a mini-me running around and Zoe was super upset that she won't have someone to share her love for Katy Perry with. Standard #newparentsproblems, right?

Thankfully, this news was enough to help me forget (a little) about Dixie's latest storyline involving George and Annabeth getting together, but it definitely wasn't enough for me to feel like the series had returned to its former glory. Sure, there was finally a moment, reminiscent of Season 1, where Zoe talked out her feelings about raising an "Alabama boy" to her young patient, which was both really sweet and convinced me that Zoe would be a great mom. But, really, we need to talk about Zoe just assumingthat she would have a girl "because she's a girl." You're a doctor, Zoe, pull it together.

Now, don't get me wrong, I still LOVE this show and I hope it gets renewed and we get another season of Bluebell drama (especially after that big reveal about Lemon's mother). But, Season 4 is just missing the mark, big time, and in every possible aspect. And now, we can add Zade's reaction to learning their baby's sex to the long list of things that Dixie is messing up this season. I can understand Zoe's panic about not having the baby she thought she was having and her irrational thought that she'd automatically have a girl is such a Zoe thing to think. But this just happened all wrong and I'm still not convinced (even less so now) that Zade is ready for this baby storyline.

Zade might be back together and seemingly doing well, but they haven't changed a bit since Season 1. And throwing a baby into the mix clearly isn't changing that at all. These two are just as wacky and immature as they've always been, which is a great thing about them, it's just not really great for a pregnancy storyline.