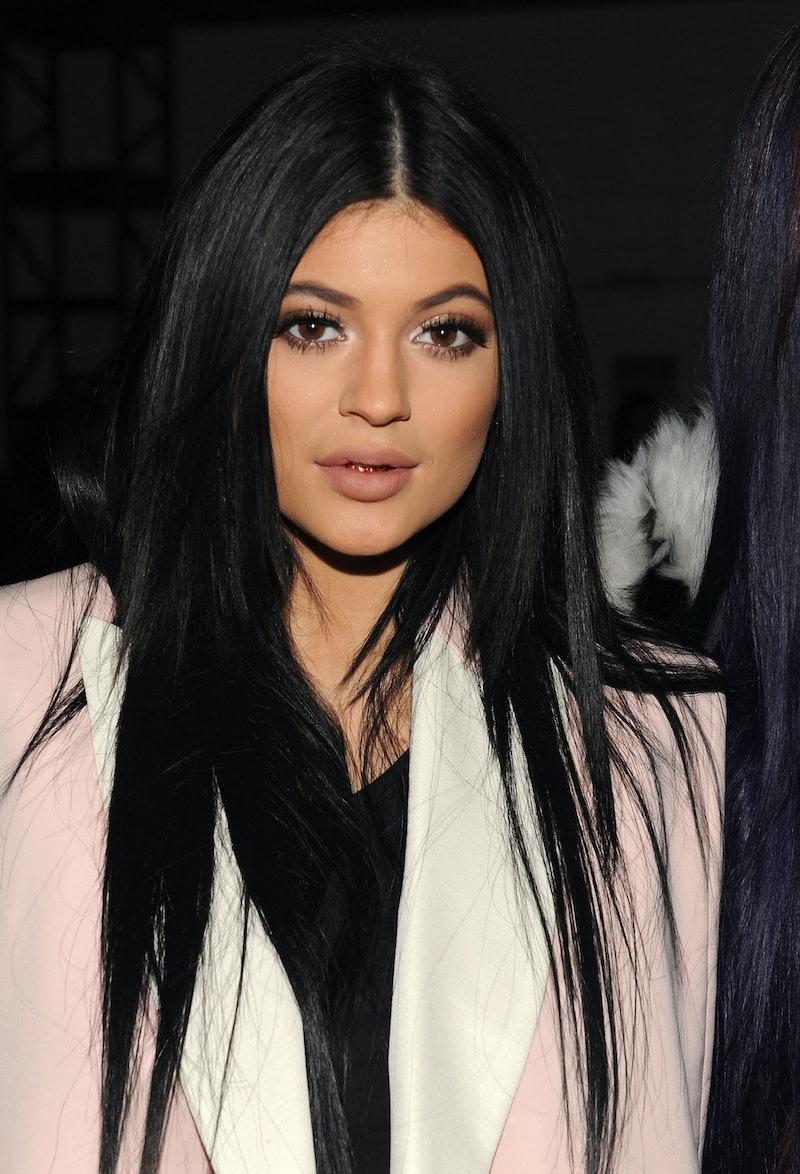 Kylie Jenner's makeup and facial features have been a hot pop culture topic for the past year. Those over-lined lips and fierce brows have everyone wondering: Who is Kylie Jenner's makeup artist, the person who helps give her those defined 'n' discussed features? Well, my dears, his name is Rob Scheppy and, although he has a hand in a lot of her looks for professional shoots, he admits she's pretty skilled when left to her own devices.

As the youngest Kardashenner's lips became a hotly debated topic, Scheppy, who is a critical member of the kountoured Kardashian glam squad, weighed in on her inflated lip look. "I find it funny that so much attention is drawn to my work, but I like it. I am happy when I make my clients feel good," he said in an interview with FEMAIL. He also confirmed that "Kylie's lips are created using expertly applied lip liner and a little lip balm." OK, Scheppy. We believe you.

I think he meant to say "a lot of lip balm," since nothing about her lip or her lip look is little or subtle. Scheppy didn't reveal any further secrets, instead choosing to talk in curious riddles.

The Schep said,"Like all magic tricks you need the illusion for the trick to work but I can say that...less is more and more is less, more or less."

Um, OK! But the truth is Jenner's lips are her definitive feature and she owns 'em. She often does them herself, too.

Scheppy also created Jenner's AMAs look and he revealed that his client is very aware of what look she wants to put forth and how she wants to work dat pout. "Kylie does her own makeup pretty well," he told Refinery 29. "She's 17 now, so she wants to show people that she's not a little girl."

He also noted it was his idea to ditch the nude pucker for a wine-stained one at the fall AMAs ceremony. "She's pretty specific about how she likes to look, and normally we do her typical thing, but for this, I asked if we could change it up. She was totally down for it."

He even shared what products he used on his AMAs starlets. It's a haul!

If you love Jenner's makeup looks, which are all over her IG, you may as well follow Scheppy on Instagram, too.