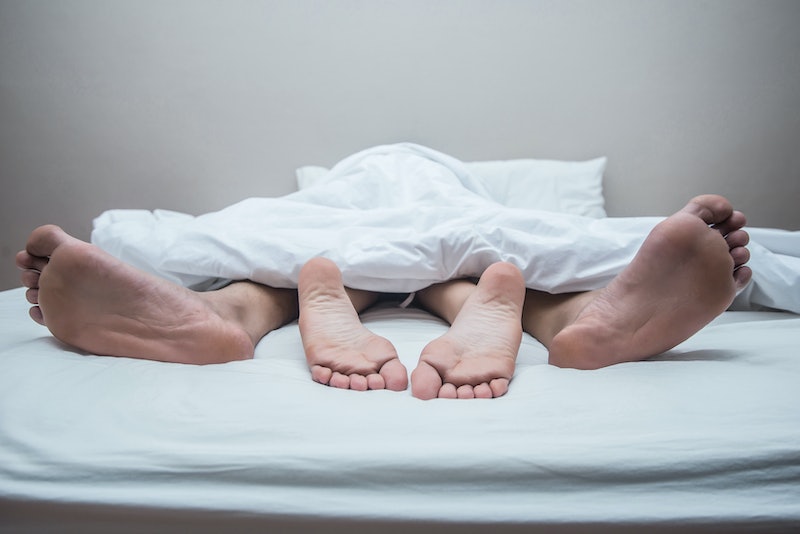 If you’ve been looking for a way to track your footsteps and your sexual activity, you may soon be in luck. Spanish smartphone maker Geeksphone is developing GeeksMe, a wearable sex activity tracker.

GeeksMe will mark the first device of its kind for the company. The gadget will include all of the standard features of a wearable smart device, such as alarms, reminders, and incoming smartphone message/call notifications. It will also boast many of the fitness tracking features seen in Fitbits and the like, including step counters, calories burned, distance walked, and sleep monitoring.

So what really makes GeeksMe stand out? The wristband will allow you to quantify your sex life, using a special mode that measures things like number of times a day/week, duration, calories burned, and other stats. The catch? The mode doesn’t switch on automatically. Instead, users have to stop to manually activate it in order to track any action in the bedroom — talk about a mood-killer.

But while activating the wearable might be awkward, it may be worth the effort, if keeping track of your sexual activity is a priority. “It will help users to have a healthier lifestyle, monitoring different values and statistics when practicing sex,” Geeksphone’s director of innovation, Ángel Sánchez Díaz told TechCrunch.

The design for GeeksMe has yet to be finalized, as does the price, so there's no word yet on how much this baby will set you back. Still, it seems you won't have to wait long before you can get your hands on it. It's currently expected to launch by the end of June.