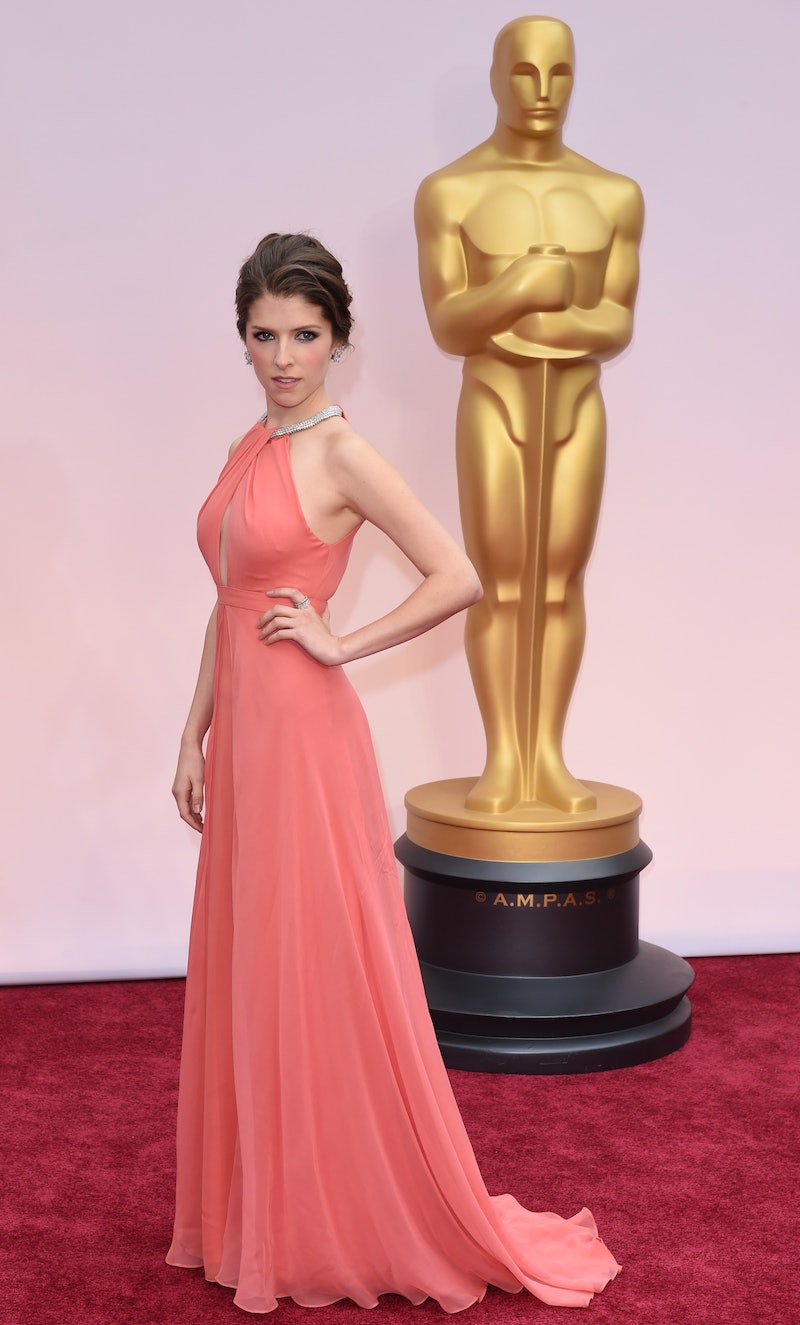 I will admit it: I look forward to award season every year. I love everything about it — the long, drawn out acceptance speeches, photos from the after parties, watching my favorite celebrity couples exchange glances in the audience. But most of all, I love the red carpet: There's something about finding out what everyone's wearing and who they decided to bring as their date that's really exciting to me, and no red carpet is better than the Oscars red carpet. Let's face it: It's just better than the actual show, and about 200 percent less boring (mostly because of Giuliana Rancic, if we're being honest). And as far as the red carpet before the 2015 Oscars goes? Totally didn't let us down.

I'll admit I had pretty high expectations... and high hopes to match when it comes to the #AskHerMore movement. Fortunately, Ryan Seacrest was full of intelligent questions for our favorite female celebs, and despite the random awkward moments (like the Wolfgang Puck interview... what?), it turned out to be a pretty solid event.

In case you tuned in too late to catch the whole thing, or if you just want to relive your favorite moments, here they are, forever immortalized in GIF form.

Laura Dern and her family won for Cutest Red Carpet Appearance Ever.

And Eddie Redmayne is the cutest ever all on his own.

And do I even need to say anything about Anna Kendrick?

Sorry, Khloe Kardashian, but her dress — AND ITS COLOR — is perfect.

No one was surprised that Adam Levine and Behati Prinsloo are adorable together.

And, of course, that awkward moment when you bring your Hollywood legend mom...

And the only thing people want to talk to her about is whether or not she plans to see your BDSM-themed movie.