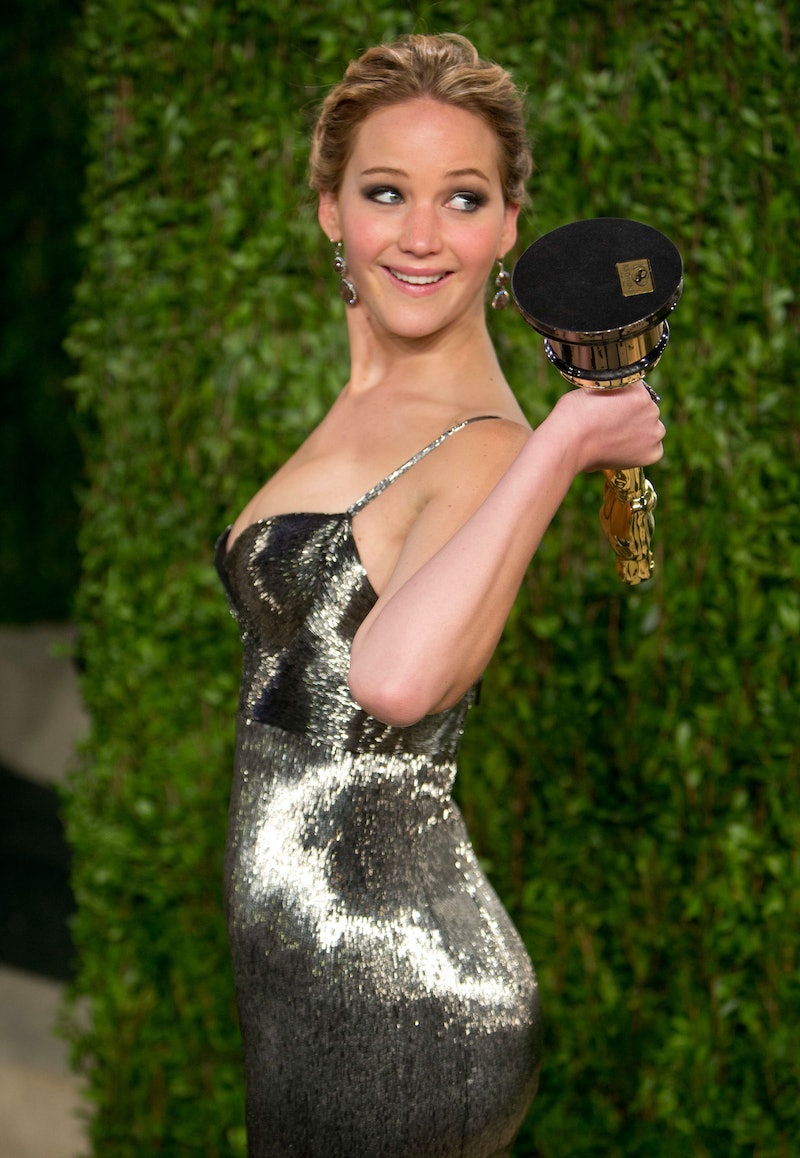 Although I am of the belief that the Oscars are one of the most boring award shows of the year, I'm still pretty psyched to watch them. Partly because I'm excited to see Neil Patrick Harris kick some serious butt as the host, and partly because I've actually seen most of the movies that are nominated (for once). Between the red carpet and the actual show, it's going to be an entertaining evening, even if the acceptance speeches will inevitably drag on so long I'm ready to fall asleep before we hit the halfway mark. And since this is supposed to be the biggest night in entertainment, my expectations are high, and I already have my list ready of everything that should definitely happen at the 2015 Oscars.

Obviously, there are some things that this year just can't top from last year. After all, how is NPH supposed to come up with something better than pizza to deliver to his audience, except for maybe straight up cash? But being that there are so many awesome presenters and performances lined up, I think it's safe to say that this year's show will be just as memorable... and hopefully in the following ways.

John Travolta Will Flub Another Name

Who can forget the Adele Dazeem incident of '14? Being that he's presenting this year, a joke about his gaffe from last year is all but certain, unless Travolta decides he's not going to have a sense of humor about his mistake. Fingers crossed he goes the funny route. Maybe an intentional mispronouncing of someone super well known? Come on, Travolta, show us you're a good sport.

Nobody does Halloween like the Harris-Burtka household and their coordinating costumes every year, so I'd like his adorable tots to be featured in some way or another. I'm not saying they actually have to present or anything, but a slideshow of their precious little faces would be perfect.

There Will Be Another Selfie Attempt

This time, it will be even more epic, and it will probably involve a selfie stick. I don't know who Harris would have to rope in to fill this year's pic with even more star power than what Ellen accomplished last year, though. Maybe Obama? Maybe Kate Middleton? Is Beyonce available?

The Oscars Will Apologize For Snubbing The Lego Movie

Seriously, not even a Best Animated Feature nomination? I'm so over you, Oscars committee. And it's about time they own up to their major mistake, maybe by just going ahead and giving The Lego Movie the Oscar for Best Picture. We all know it deserves the praise.

There Will Be Amazing Fashion

Because duh, there is every year. Unfortunately, there will also be the mani cam. Sorry, guys. I don't think there's a way we can convince E! that it's the worst thing ever if they haven't gotten rid of it by now.

Although I almost assuredly know that Emma Stone will not win at the Oscars, she totally should, because she deserves every award ever.

Anna Kendrick Will Be This Year's Jennifer Lawrence

I'm counting on her to bring the comedy, the beautifully awkward moments, the proverbial trip up the stairs. Come on, Kendrick. We can do this.

More like this
Remember When Benedict Cumberbatch Announced His Engagement In A Newspaper Ad?
By Hugh McIntyre
Jennifer Lopez Found The Perfect Ben Affleck Throwback Video For Mother’s Day
By Stephanie Topacio Long
Ryan Reynolds’ Mom Hilariously Tests His Patience In A Mother’s Day Video
By Brad Witter
Watch The Dramatic First Trailer For Netflix's Jennifer Lopez Documentary
By Alyssa Lapid
Get Even More From Bustle — Sign Up For The Newsletter