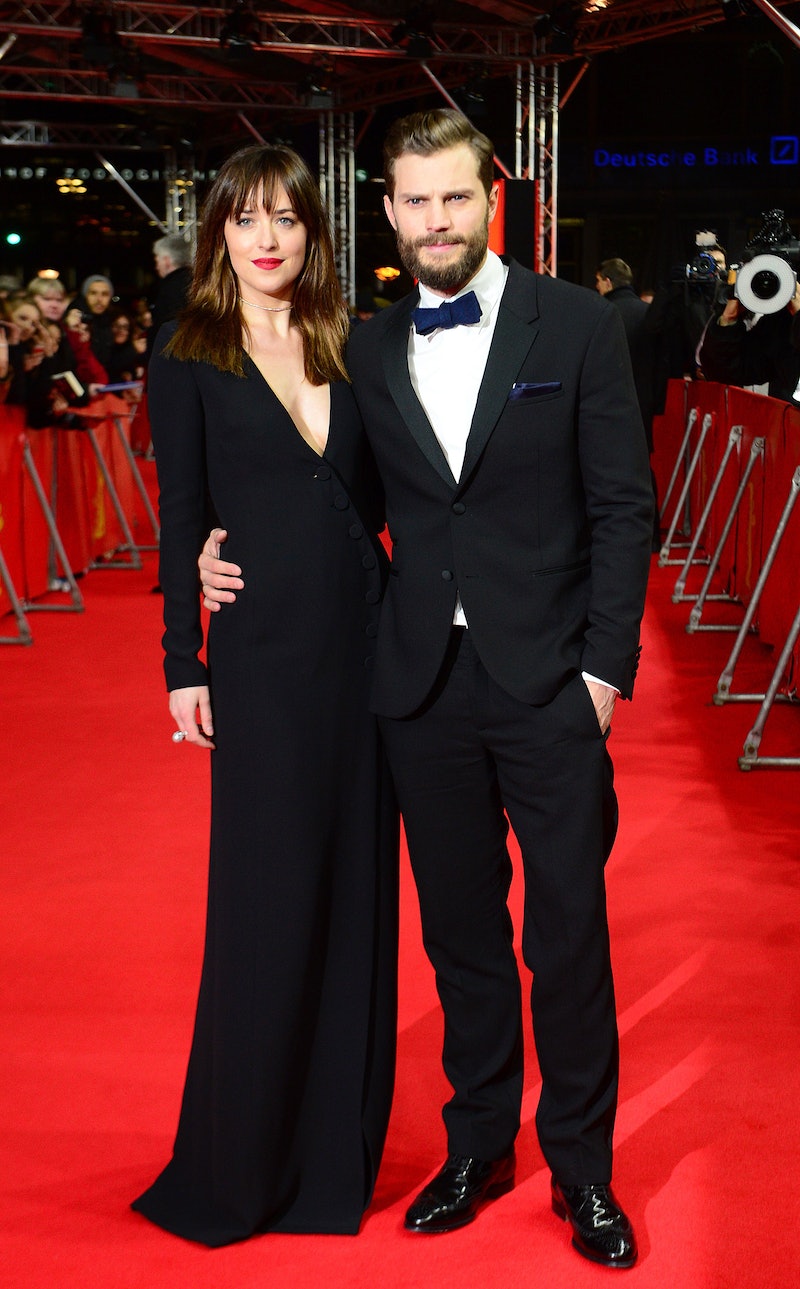 Remember how last weekend, Fifty Shades of Grey was pulling in ridiculously huge numbers at the box office after it's release on February 13? Yeah, that's not happening anymore — at least, not the same way it was a week ago. According to The Wrap, Fifty Shades dropped 73 percent this week, raking in $23 million after an opening weekend that brought in over $85 million. Of course, that's not to say that it isn't still claiming the number one spot — it totally is. But the drop it's suffering is the worst a movie has ever seen from the first weekend to the second, and that's a pretty big deal.

So what's the reason for the big difference in sales? It could have something to do with the fact that releasing Fifty Shades over Valentine's Day weekend was almost too good of a marketing plan. Obviously it factored into a lot of people's plans on the most romantic day of the year, whether they were part of a couple or not. But once all the heart shaped candy went on sale at Target? Maybe people were going for something a little less romantic on a less romantic weekend.

And of course, in movies destined to become a franchise like this one, fans typically go see the movie more than once, especially where movies like The Hunger Games or Harry Potter are concerned. It's possible that, since Fifty Shades doesn't appeal to an audience quite that wide, those kinds of moviegoing habits don't apply here.

And when Buzzfeed editor Adam B. Vary puts it like this, it's kind of hard to imagine that, despite the shrinking numbers, the studio (or anyone involved in the movie, for that matter) is upset about it.

Don't worry, Jamie Dornan. You're still beautiful, and $410 million is definitely nothing to turn your nose up at.

More like this
These Are The Best Cheap Beauty Products Because They Work So Damn Well, According To Makeup Artists
By Alexandra Elizabeth
5 Easy (& Wearable) Red Eyeliner Looks To Try
By Olivia Rose Ferreiro
Charlotte Tilbury Just Launched A Royal Collection To Mark The Queen’s Platinum Jubilee
By Tomi Otekunrin
21 AAPI-Owned Beauty Brands That Will Be Your New Favorites
By Audrey Noble
Get Even More From Bustle — Sign Up For The Newsletter