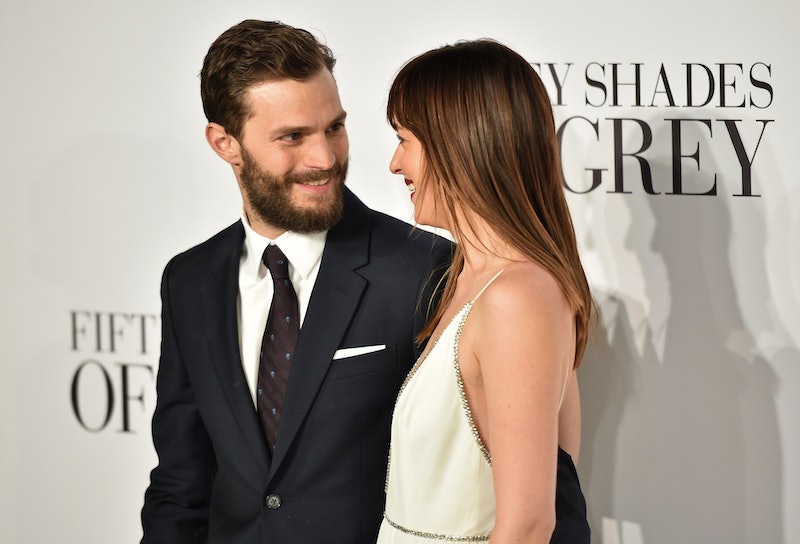 Dinner and a movie is a very typical Valentine's Day date, and this year, for most people that movie was Fifty Shades of Grey. It doesn't take an industry professional to know that releasing a highly anticipated movie based on a best selling erotic novel on February 13 was an incredibly smart marketing idea, and it definitely paid off. According to Deadline, Fifty Shades took the number one spot at the box office this weekend, raking in $81.67 million as of Sunday, and the film is projected to bring in over $90 million once the President's Day holiday weekend comes to a close. Is this surprising? Absolutely not, but it does set a record for the best President's Day opening weekend of all time.

Seeing these numbers, it's pretty obvious why Universal decided to give Fifty Shades' two sequels the green light last week ahead of the movie's release. Will they live up to the impossibly high box office standard the first film is already setting? We'll have to wait and see!

More like this
The 'Spiderhead' Movie Ending Is Nothing Like The Short Story It’s Based On
By Morgan Leigh Davies
10 Must-Read New Books Out This Week
By K.W. Colyard
Ottessa Moshfegh Is Happy To Be Your “It” Girl
By Arya Roshanian
'The Summer I Turned Pretty' Book Ending Is An Emotional Rollercoaster
By K.W. Colyard
Get Even More From Bustle — Sign Up For The Newsletter