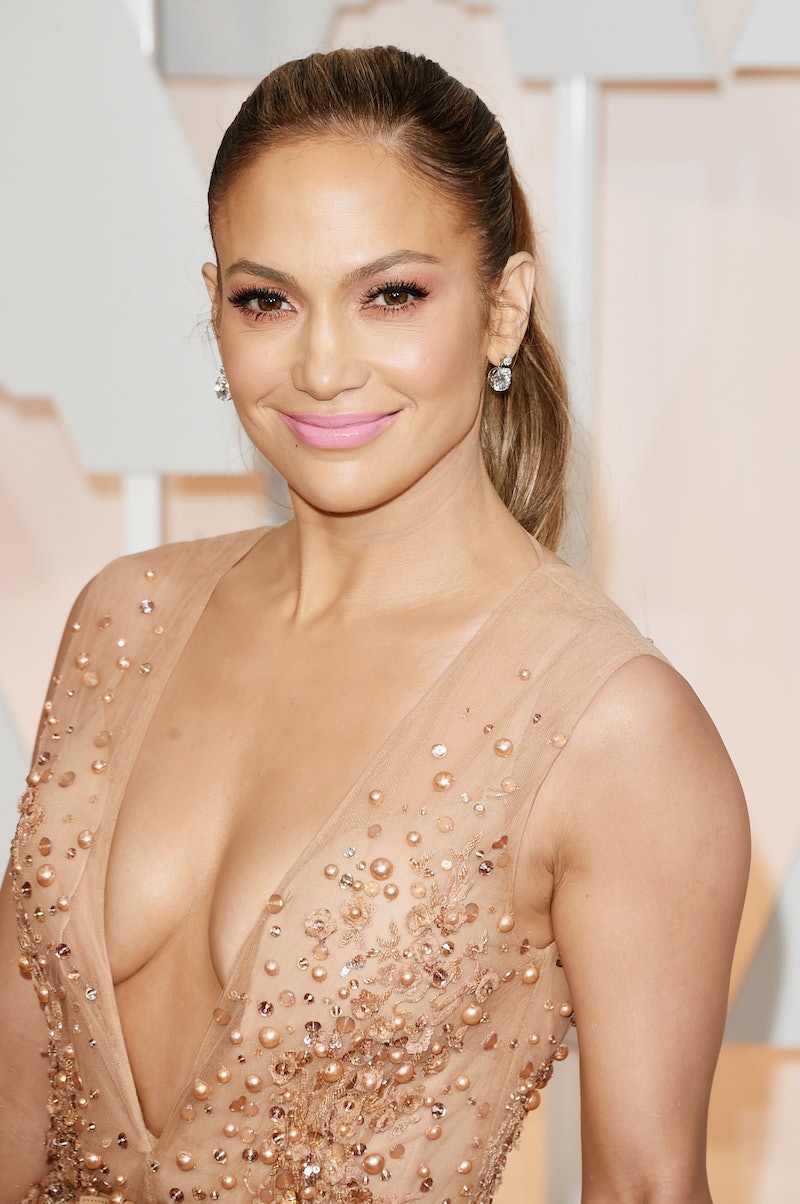 I don't think I've ever been as stoked for the Academy Awards as right here, right now. I mean, we've just lived through the 12-month period that brought us The Theory of Everything, Birdman, Boyhood and The Grand Budapest Hotel. We've seen women take control of (and own) some of the most multi-dimensional, heart-achingly grotesque, beautiful and splendid characters cinema has had to offer in a long time. And I think it's safe to say that we've seen women [generally] embrace core aspects of their beings fully and unabashedly. Like Jennifer Lopez — who has broken every "women over 40 can't wear this/do that/feel this" rule in the non-written but ever-present book of life. And at tonight's Academy Awards, she's done it yet again.

At last months Golden Globe Awards, J. Lo broke out a Zuhair Murad gown with a high slit just as long as the low-cut neckline. She's known for defying antiquated standards of modesty and going for some of the most exquisitely revealing gowns that couture designers have to offer. But the Oscars are, well, the Oscars. So I kind of figured Jennifer would trade in the perfect-sex-goddess-threads for something a little more understated. Maybe in accompaniment to a no-makup-look (like that time she didn't wear any bronzer and looked pale but lovely). Tonight she's wearing couture Elie Saab, though, and while the regal vibes are running strong, the dress is much more modest than J. Lo's usual go-to (even if it is still rather low-cut). I love the matchy-matchy nude beige hues from head-to-toe. I love the sparkle detail. I love the slicked-back pony. And I just adore that Jennifer Lopez is pretty much the only person in the world who could hybridize the sexiness of a low-V cut with the fantasy of a fairytale ballgown.

As someone who is intrinsically exhausted of "what to wear" handbooks, my heart goes out to J. Lo every time she makes a red carpet appearance. She's doing what I wish more women felt they could do: Wearing what she wants (no matter how scantily clad it might be), and holding her head up high whilst doing it.