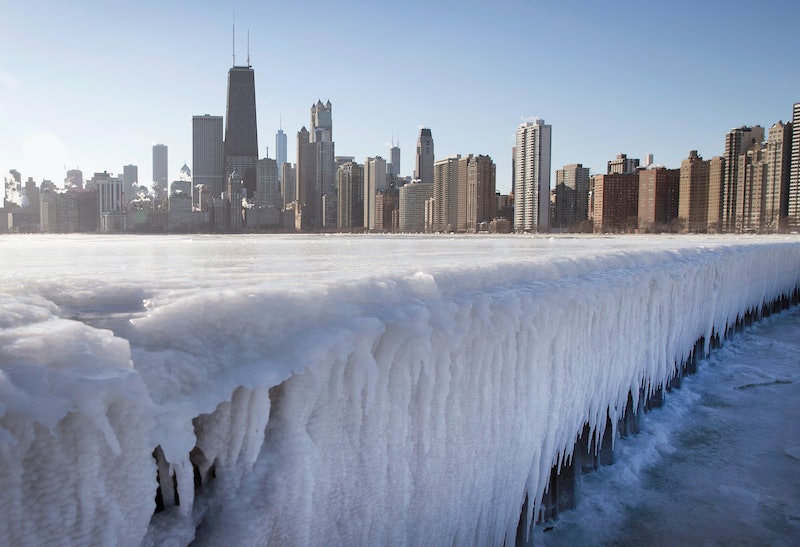 Is your nose in a state of permafrost? Do your toes feel potentially frostbitten? Are you dreading waking up tomorrow in the knowledge that the high will be a miserable 23 degrees (I’m looking at you, New York)? Never fear friends! At least you don’t live in Barrow, Alaska, which is looking forward to a sultry zero degrees Fahrenheit on Monday at best. And basically no sunlight, ever. Unless, of course, you do live in Barrow, Alaska. In which case, Godspeed. With the help of several fun listicles, from the likes of weather.com, Forbes, and The Daily Beast, I’ve had the masochistic pleasure of looking over some of the most dire weather prospects for Monday and thereafter. And I can tell you now, it made me feel much better about my situation. Even people living through what is potentially, according to Al Jazeera, Boston’s worst winter ever, will be sated.

Because while Boston makes it onto The Washington Post’s rundown of America’s snowiest cities of 2015 so far, Beantown is loitering at an unimpressive fourth position. With 78.5 inches against a norm of 27.4, Bostonians are unsurprisingly feeling cheated. But Erie, Pennsylvania, and Buffalo, New York, significantly surpass that, while Worcester, Massachusetts, holds the dubious honor of being battered by the most snowfall so far this year with a whopping 92.1 inches — more than double their usual 40.6.

Let’s take a look at some of the other icebergs... ahem... cities across the country.

Meanwhile, the metropolis of Grand Forks, North Dakota, can expect a low of -18 and a stunning high of -6.

In an almost stupefying feat of coldness, International Falls, Minnesota, has a high of -9 degrees on Monday. A Google alert was advertising a “Wind Chill Warning” across northeastern Minnesota. “A Wind Chill Warning means the combination of very cold air and strong winds will create dangerously low wind chill values,” it helpfully explains. “This will result in frost bite and lead to hypothermia or death if precautions are not taken.”

Denizens are also advised to avoid overexertion while shoveling snow.

But even the sad and snowy International Falls-ians can look for relief to Yakutsk, Russia. The coldest city in the world, according to NPR, was currently enjoying a foggy start to the day — and a brisk -36 degrees Fahrenheit.

It makes the “Arctic freeze” of London (drizzle, more like) seem positively delightful. Stay warm, kids. And don’t shovel the snow! It’s bad for you.