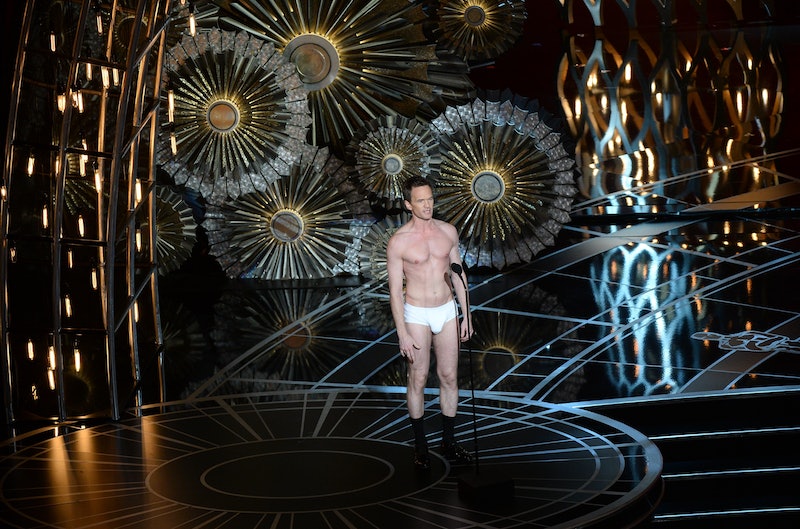 In an otherwise dull evening, Neil Patrick Harris, our master of ceremonies, managed to FINALLY make a memorable moment during the telecast. During an homage to Best Picture nominee Birdman, the host got his robe caught in a dressing room door and was stripped down. Yep, NPH was in his tighty-whities and a pair of black socks. In full NPH style, he committed to the bit and walked out on stage, in front of millions and millions of viewers, and announced the next segment. It was of course on the dignity and high esteem of acting. But hey, if anyone can actually stand in front of the Academy in his underwear without a dabble of sweat on his brow, it's NPH.

As entertaining as the moment was, it still wasn't enough to completely revitalize the buh-or-ing awards. However, it is refreshing to know that NPH has the ability to make the oldest and most curmudgeonly Academy members deeply uncomfortable...but in no way shock today's audiences. It's good to know we're really moving forward, you know?

Obviously NPH's stunt sparked plenty of response on Twitter. From the standard OMG's to the deafening cries of, "YAAAAAAS" Harris' package is already winning plenty of its own awards. Let's take a look at how the Twitterverse felt about his nearly-full Monty: