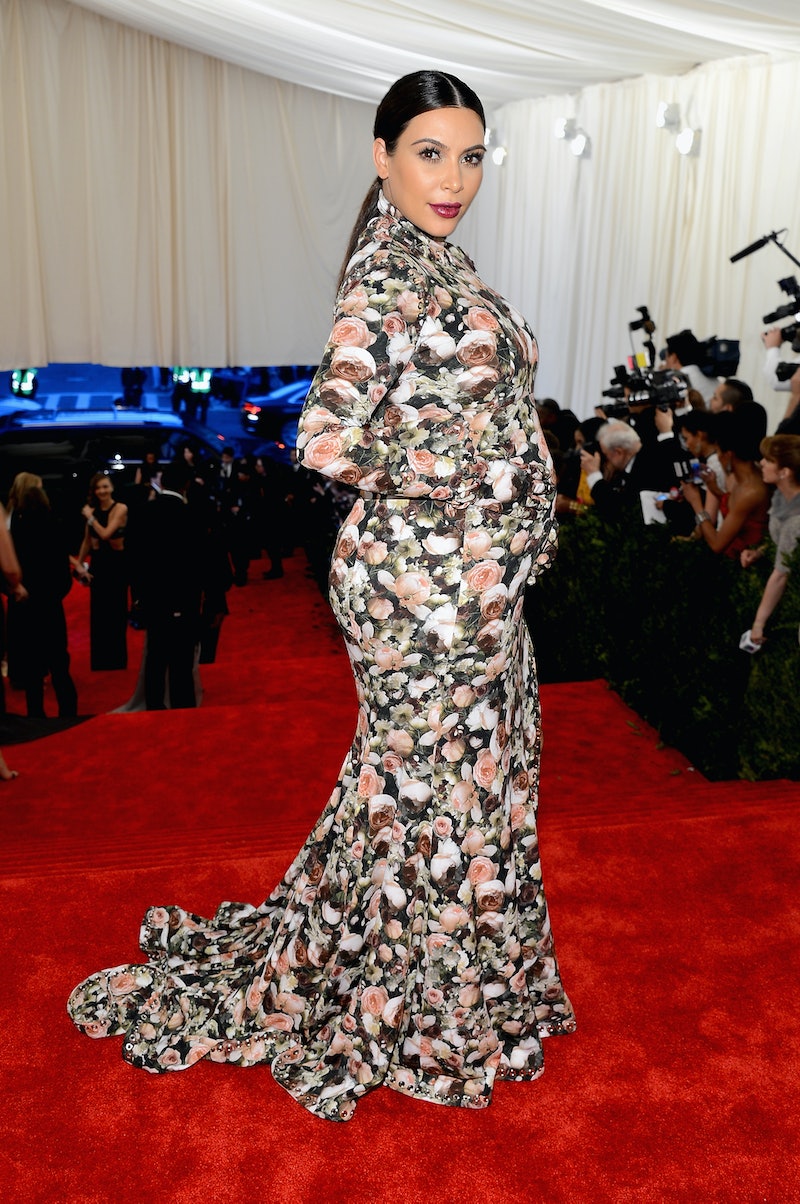 The truest, if unofficial, definition of a fashion trendsetter is someone who does something risky, unexpected, and potentially career-killing and ends up getting others to copy his or her actions and to follow suit. Givenchy's Riccardo Tisci took a chance by dressing Kim Kardashian, who was considered low fashion at the time (is she high fashion now?). While at first he was criticized for doing so, he doesn't really regret the risk since now everyone is clamoring to dress her. Or so he says. How noble.

But he didn't do it to set a trend or to be risky. He did it because he and Kim? Well, they're buddies. In a revealing chat with Yahoo/Details, Tisci claims that he and Kimmy's hubby Kanye West turned her into a fashion icon. While that's a matter of conjecture, people do kare what Kim wears, so I will give him that.

But why was dressing Kim Kardashian so "murderous" for him?

Well, Tisci, who was responsible for the leather kilt Yeezy once wore, said he looks at the people he dresses as friends, not celebs, and since he was first with Kimye, he has some sort of ownership of her current status. Sounds a bit gross, sure, but his perspective is actually awfully sweet.

"If they’re my friends, I respect them to the end," he told Yahoo. "And you need to feel people stay with you because they love you, not only as an artist, but also as a human being. Look at Kanye and Kim — at the beginning, I was the only one."

Noting that Kimmy was accepted "by nobody" in the high fashion world, he continued, "And she’s a sweet girl. And Kanye and me, we did it together. Every designer is dying to dress her now."

OK, so yes, she got a Vogue cover and she appears in Balmain ads. That much is true, so I agree that Kim's fashion stock has risen a bit and likely at least in part due to her linkage with RT.

If he really was first, and now the line to dress Kim is out the door (which I am not so sure I am fully buying BTW), then yes, it was a risk that paid off with a bigger reward.

But, wait, I'm flip-flopping. Does anyone remember the floral Tisci monstrosity — sorry, but it was hideous— Mrs. West wore to the 2013 Met Gala while in the home stretch of being preggers with North? It looked like Tisci ripped the fabric off your grandmother's vintage couch and crudely turned it into a dress.

It was loud and unflattering. It was not his best look or hers and if he got killed, well, this was a reason for figurative fashion murder.

But then again, he is Riccardo Tisci of Givenchy. He doesn't really need validation from anyone and has mad respect in fashion circles, so he could do whatever he wants, like dress Kim K. when she was considered the lowest common fashion denominator with little consequence.

All told, the Givenchy x Kardashian association certainly benefited her more than him! But the morale of this story is quite heartwarming. You can have friends — real ones! — in the cutthroat fashion realm.

More like this
Kim Kardashian *Is* Marilyn Monroe At The 2022 Met Gala
By Jamie Feldman
Watch Pete Davidson Joke About The “Really Weird” Kanye West Drama On Stage
By Brad Witter
Kanye Walked Out Of Kim's 'SNL' Monologue Because Of These 2 Words
By Jake Viswanath
Are The Names Of Kim K & Kanye's Kids Tattooed On Pete Davidson's Neck?
By Bustle Editors
Get Even More From Bustle — Sign Up For The Newsletter