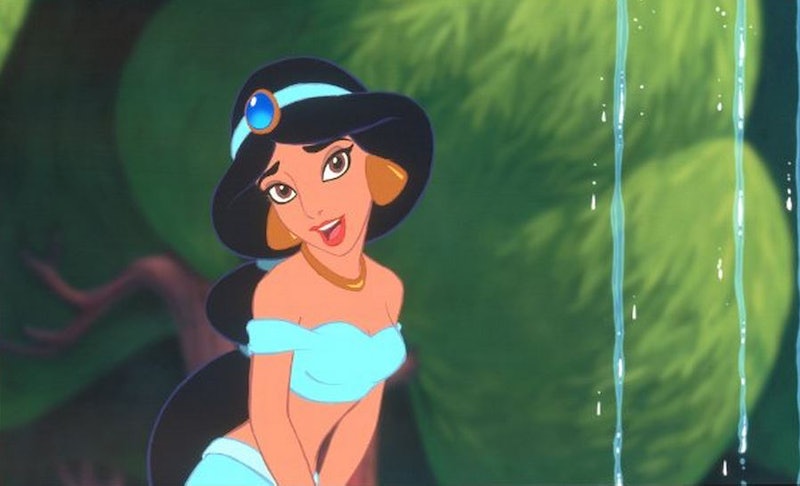 BuzzFeed is far from the first to take a look at what historically accurate Disney Princesses might look like — but the video they just made showcasing a selection of them, costumes and all, is definitely still worth watching. Not only is it gorgeous, but moreover, it's incredibly informative. It just goes to show that the fantasies created by Disney really are just that — fantasies.

DeviantART user shoomlah made waves back in 2011 for her beautifully illustrated versions of historically accurate Disney characters; the series has continued for a number of years and now includes everyone from Pocahontas to Elsa and Anna. BuzzFeed takes the idea to the next level by bringing six of them to life, taking their cues specifically from the movies — which means that rather than looking at where and when the stories themselves were originally set, we're dealing with whatever time and place Disney appeared to use as their settings (something which will become particularly relevant when we get to Jasmine). Wrote the BuzzFeed team who worked on the video, “Disney creates fictional worlds for their princesses to live in, drawing on historical and mythical inspiration to create beautiful fairy tales. We wondered what the princesses would’ve looked like if they’d existed in the real world, so we used context clues from the films to determine, as specifically as possible, the time and location of each Disney princess’s story.”

Here are four of my favorites; scroll down to watch the whole video, and head on over to BuzzFeed to read more about their research process. Who else is hoping this one becomes an ongoing web series? I can't wait to see more!

Like many of the fairy tales Disney has retold, “Snow White” is originally a German story; although it wasn't published until the early 19th century by the Brothers Grimm, Disney set their version in the 1500s. Her outfit would have been a lot heavier than her animated counterpart's, with layers upon layers — gowns, kirtles, petticoats, and a heck of a lot of hool-and-eye fastenings — weighing her down.

Interestingly, the story of “Aladdin” wasn't actually added to the collection of tales known as The Book of One Thousand and One Nights until the 18th century — and even more interestingly, the movie bears almost no similarities with the original story (which, by the way, took place in China — even though it's Middle Eastern in origin). In any event, though, Disney's setting is sometime in the 300s in the Arabian Peninsula; as such, Jasmine would definitely have been wearing much more modest clothing than she does in the movie. It would have been loose-fitting and would have covered her completely — no crop tops here.

A retelling of “The Frog Prince,” The Princess and the Frog takes place in New Orleans in the '20s. That means flapper fashion galore: Rising hemlines, a straight-up-and-down silhouette, bobbed hair, and lots of jazz. It also would have meant living under Jim Crow laws and racial segregation.

First published in 1756, “La Belle et La Bete” has us looking at mid-18th century France. As has often been the case throughout history, royalty, nobility, and the well-to-do dressed to indicate their status; for Belle, who married into royalty, that would have meant skirts with hoops or paniers, powdered hair and wigs, and low necklines a la Marie Antoinette. However, her reign would have been short lived: The French Revolution swept the aristocracy out of power between 1789 and 1799.