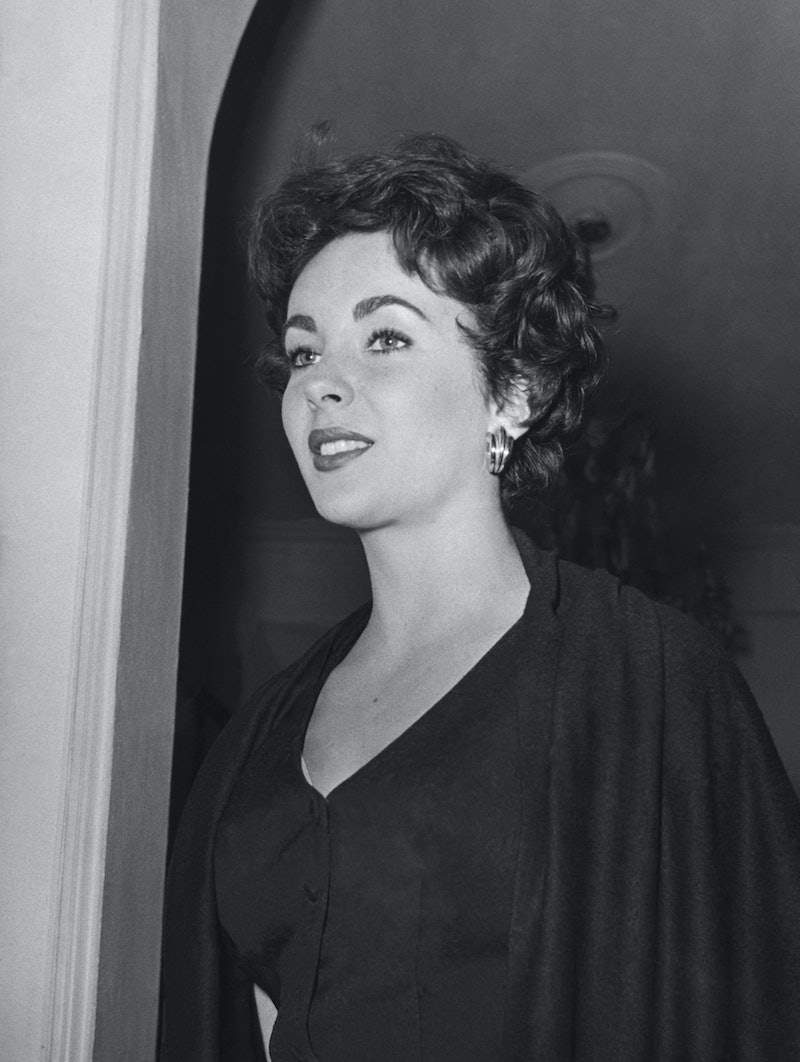 On February 27, 1932, Dame Elizabeth Taylor came into the world. She went on to become one of the world’s most beautiful women, most celebrated actresses, and most passionate connoisseurs of hot men and fancy jewels. Her tumultuous love affair with Welsh actor/poet/brooder Richard Burton helped spawn the tabloid culture we have today. The woman was — and still is — an icon, and she would have been 83 years old on Friday.

Born in England, Taylor and her parents moved to the U.S. soon after World War II broke out. She became a child star in movies like National Velvet and Lassie Come Home, and went on to become a megastar (think Beyoncé, Meryl Streep, and Angelina Jolie rolled into one). She was adorable in Father of the Bride (the original) and scary good in films like Giant, Cat on a Hot Tin Roof, Butterfield 8, and Who’s Afraid of Virginia Woolf? (she won Oscars for the last two). Her Cleopatra is legendary, not only for the film’s grand scale and melodrama, but because that’s when she fell madly, passionately in love/lust with Burton. And if you haven’t seen Taylor and Burton in the camp classic Boom!, do yourself a favor and seek it out. It’s ridiculous.

One of the reasons people loved Taylor (including Colin Farrell) was that she was such a down-to-earth diva. She seemed fun and relatable, despite her yachts and furs and tiny white fluffy dogs. One of my favorite Taylor quotes is, “The problem with people who have no vices is that you can be sure they’re going to have some pretty annoying virtues.” How can you not love that? And if you want to see her at her most alluring, sassy, and down-home, check out the 60 Minutes interview with Taylor and Burton, where she states that colossal fights are “one of the greatest exercises in marital togetherness.” Not so sure about that last sentiment, but it doesn’t make me love her any less.

In honor of Taylor’s birthday, here are six books by and about a Grande Dame of cinema.

Taraborrelli has written about Diana Ross, Marilyn Monroe, and Princess Grace, and his well-researched Taylor book became a best seller. It gets into the psychology of her childhood, her eight marriages (two of them to Burton), and her fame. It’s a fun, insightful look at the legend.

Elizabeth Taylor, A Passion For Life: The Wit and Wisdom of a Legend by Joseph Papa

This one is a compilation of Taylor’s best quotes and quips, so if you’re in the mood for some humorous, cheeky observations about men, diamonds, love, and life, pick it up. It’s the kind of book you can keep by your bed and flip through when you need a little celeb inspiration.

How To Be a Movie Star by William J. Mann

Mann’s biography delves into tabloid culture and the nature of celebrity, while still delivering an in-depth chronicle of Taylor’s life and career. Mann is an engaging storyteller (he’s written novels, biographies, and the juicy Hollywood murder tale Tinseltown ), and his depiction of Taylor is a fun, quick read.

I can't seem to recommend this one enough. If you're interested in one of the most talked about, scandalous, explosive love affairs of the 20th century, you need this book. It's the book about the Taylor-Burton romance.

An illustrated history of Taylor's seven-decade career. It also has behind-the-scenes stories and commentary covering her work. A good one for film buffs and Taylor-lovers.

My Love Affair With Jewelry by Elizabeth Taylor

Taylor never wrote a straight-up autobiography, but with the way the tabloids followed her every move, who would want to? Instead, she wrote about her diet (Elizabeth Takes Off) and her passion for bling. The book has gorgeous photos of her many baubles — tiaras, Bulgari brooches, and the 33-carat Krupp Diamond that Burton gave to her to express his mad, passionate love. It’s a fun read, but just don’t run out and start coveting a 33-carat ring.

"I'm a survivor," Taylor once said. "A living example of what people can go through and survive." And she was. She struggled through illness, scandal, ridicule, and career ups and downs. She was one of the first, most outspoken advocates for HIV and AIDS awareness, so why not honor her legacy by reading about her life. She lived it to the fullest.

More like this
50 Books To Read With Your Book Club
By K.W. Colyard
10 Must-Read New Books Out This Week
By K.W. Colyard
Jennette McCurdy’s First Kiss On 'iCarly' Didn’t Go As Planned
By Bustle Editors
We’ve All Had Bad Sex. Nona Willis Aronowitz Is Talking About It.
By Sophia Benoit
Get Even More From Bustle — Sign Up For The Newsletter