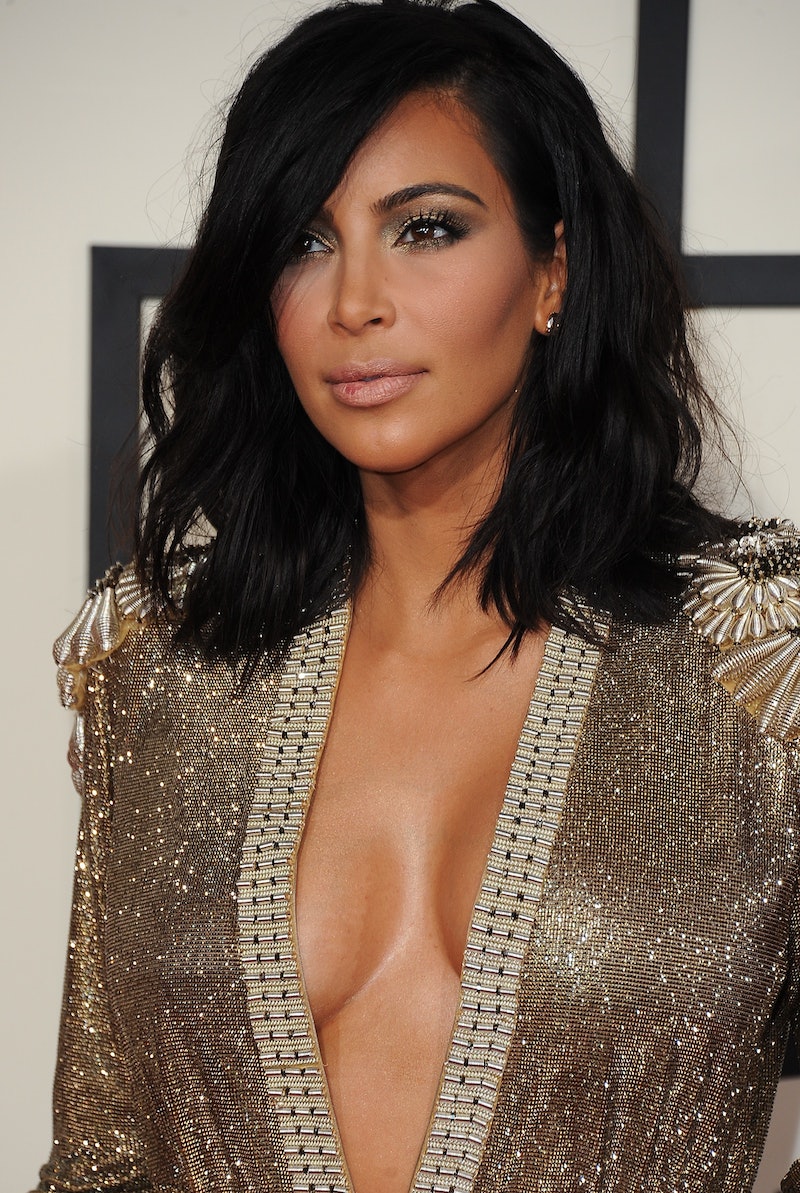 If you had to pick a musical instrument for Kim Kardashian to play, what would it be? The tuba? The bassoon? Is she a flute girl, or a clarinet kid? It's actually none of the above! Kim Kardashian is learning to play the piano, which I'm sure will become one of the more compelling non-stories on this season of Keeping Up With the Kardashians. Maybe she'll learn to play chopsticks?

In case you were wondering how Kardashian was keeping herself busy during the pre-Oscars frenzy on Sunday afternoon, she was taking piano lessons. "Just finished my piano lesson in time to watch the Oscars' red carpet!" she tweeted. She then confessed that she's planning to learn one of Kanye West's songs to surprise him. Though she didn't say which one, luckily, something like "Jesus Walks" only has about five notes so it shouldn't be too difficult to get down pat.

As it turns out, Kardashian didn't have anyone to watch li'l North West that night, so she had to forgo the Academy Awards party circuit. Luckily, she had all the time to stay home at night, practice, and alert the world to the fact that she was practicing. As every great musical professional knows, one of the most important parts of your study is broadcasting it on social media.

Kudos to Kim for trying something new, but in all seriousness, she'll probably quit after a month and a half. Lets be real, guys. If she tries to sit down and practice, she'll just start taking selfies and ultimately get distracted while agonizing over the right filter. Giving her the benefit of the doubt, I predict that she'll learn how to play the chorus to "Heartless" very slowly with her right hand, and then terminate her lessons. However, I'm still totally amped to see the super banal 10-minute storyline that E! turns this gambit into.