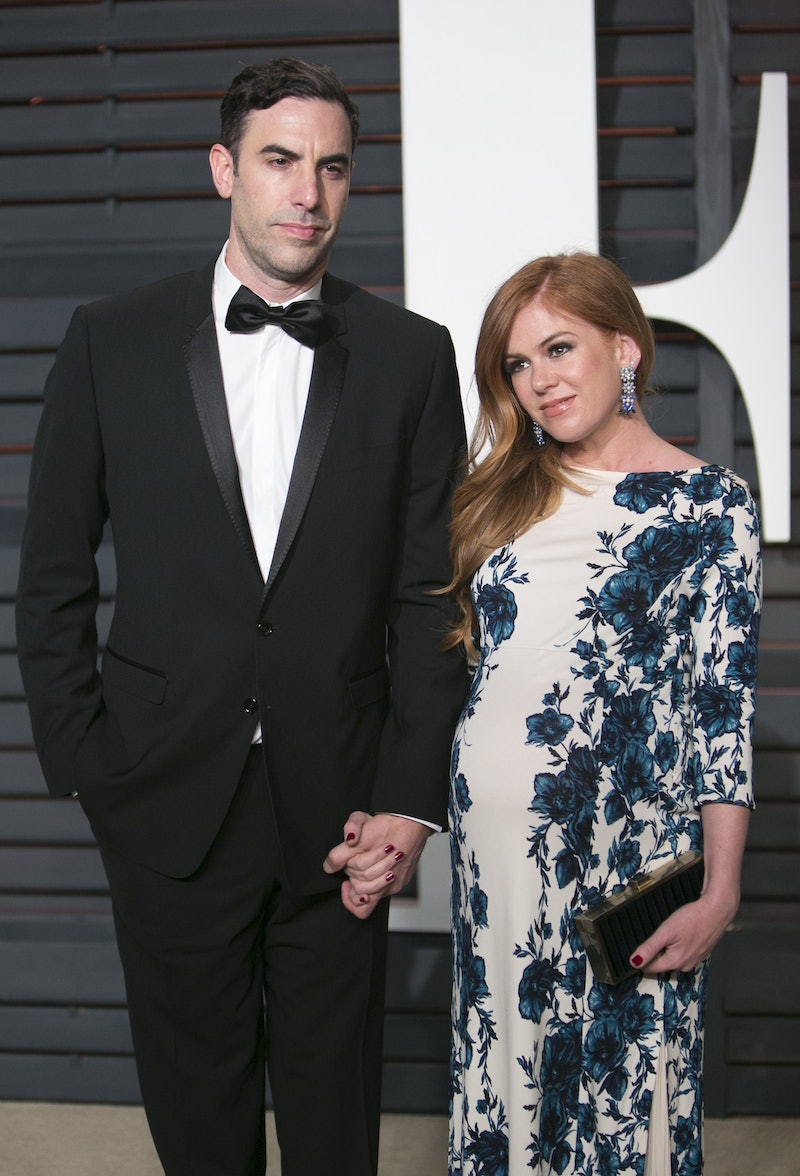 This famous duo just had another baby, which means they are now the proud parents to three children! According to Us Weekly, Isla Fisher and Sacha Baron Cohen welcomed a baby, but details about the name and gender are unknown. In October 2014, it was revealed that Fisher and Cohen were expecting a baby via Us Weekly who spoke with an "insider." The couple never commented on their third pregnancy, but based on the baby bump Fisher sported, it was obvious that she was indeed expecting.

There's no doubt that the two will have their hands full with three children, but seeing as they've had a lot of practice with their two daughters, I'd say they'll have no problems adding a third to their bunch. For those who don't know, Fisher and Cohen have been married since 2010 and are parents to Olive, 6, and Elula, 4. Even though we don't know their latest arrival's name, I have a feeling it will be unique just like their other children. Also, this means George and Amal Clooney can babysit, especially since they're friends with Fisher and Cohen. I'm sure Fisher and Cohen are going to need a night out, which is when Amal and George can take on diaper duty.

Now that the actors' family is a family of five, I think it's safe to say that Cohen can test out his comedy on his children. Of course, let's hope he keeps it age-appropriate, but what makes a better and more honest audience than your loved ones? I'm sure he and Fisher love making their children laugh and smile. What's better than that?

Congrats to both on their new arrival!