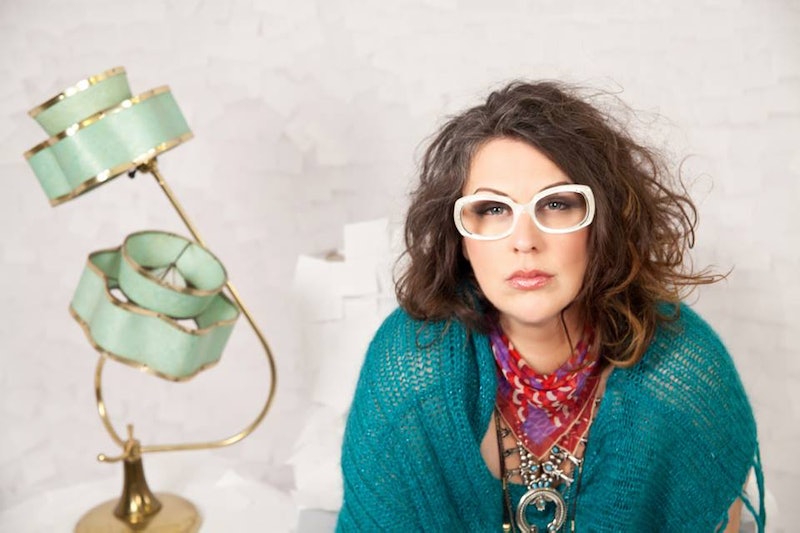 What do you get when you put four mega-stars in a room with major talent and giant red chairs? Rockstar performances, cut-throat competition, and possibly some hair pulling. All that fabulousness is wrapped into one little package — The Voice blind auditions. AND THEY'RE Back. Though a season seven Voice winner was crowned a mere two months ago, it's time to search for another star-to-be — and the season's started off of a positive note. Rocker Sarah Potenza earned a coveted four-chair-turn and the judges brought out their claws to try to get her on their team. Despite Adam Levine's charm and Pharrell's style, the Nashville native stuck to her routes and chose to join the team of reigning champion Blake Shelton.

Potenza gave a gritty, rock concert worthy performance to the Faces' "Stay With Me" that had the judges pulling out all the stops to win her over. In Pharrell's opinion, it was something this generation "has never known before." Those are pretty high regards from a music icon. So was all the fuss worth it? Absolutely. And she already has the success to prove it.

We learned a bit about Potenza's background in her intro, but she has a whole lot more going for her than Carson Daly let on. In 2003, she formed a band called Sarah & The Tall Boys that went on to become one of the most successful live acts in the country. That would be enough to get her on a singing competition, don't you think? Well, she's done so much more. In 2012, she quit the band and moved to Nashville with her husband Ian, where she has become "East Nashville royalty." On top of that, she's working on her fourth album. Seriously, how did this girl have time to audition?

Potenza's impressive resume mixed with her classic rock talent is the perfect formula for The Voice. With a coach like Shelton, who didn't have to work very hard to win her over, Potenza is on the right path to Voice victory. Potenza has a serious shot at winning — as long as she can survive the fierce battle rounds.