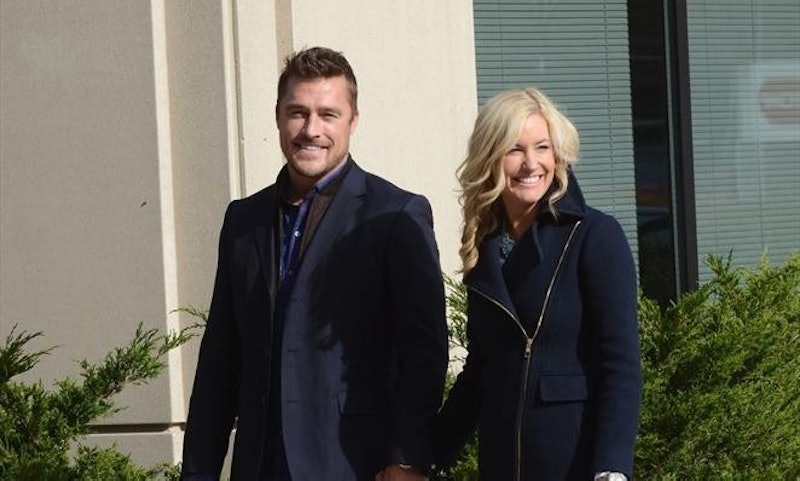 One of the big conversations on Monday's Bachelor episode was Chris Soules and Whitney Bischoff talking about her career. Throughout the season I've been pretty concerned that Chris is essentially forcing his prospective wife to abandon her career to marry him. I wanted more than that for her especially because Whitney has a really cool job that she loves. But Whitney revealed on Monday that she really wants to be a wife and mom, and it got me thinking that maybe we should all leave her alone about it.

Whitney talked to Chris about her career, and although she said she has worked really hard to get to where she is, it's not her biggest goal in life. "My mom said to have a fallback, so I have this career. But I'm not completely happy because I feel like half of me is missing and that's to be a wife and mom," she said, and later she revealed, "I want this life with Chris. It's what I've been waiting for."

I feel like it's not OK for Chris to expect his wife to give up her career, but if a woman wants to willingly transition from career-minded, to family-oriented because being a mother is her dream, then that's her choice and that's all that matters. It's just as unfeminist to make Whitney feel bad for wanting to be a mom, as it is to judge women who put their focus on work.

If Whitney's ultimate goal in life is to be a wife and a mother, more power to her for knowing what she wants in life and for chasing after it. She and Chris might just make the perfect small-town couple after all.