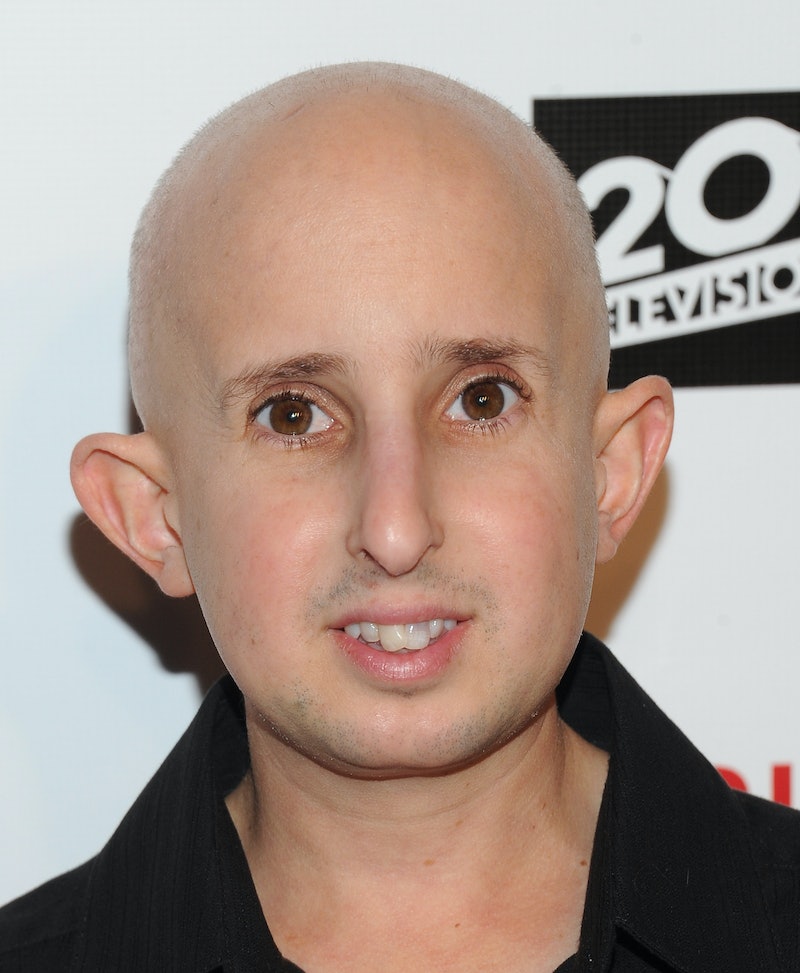 Incredibly sad news. On Monday, actor Ben Woolf died of a stroke after being hospitalized for injuries suffered after a motor vehicle accident. The 34-year-old American Horror Story actor was hit by a car mirror while walking in Los Angeles on Friday and spent the weekend at Cedars-Sinai Medical Center, where he was initially in critical condition. His condition was later upgraded to "critical but stable," but things took a turn for the worse on Monday and the actor passed away. “We have been overwhelmed by the outpouring of love and support from all over the world for our beloved Ben,” said Woolf’s family after he passed away on Monday. “He touched so many hearts in his 34 years. His memory will live on within each of us and within his work.”

The TV star, who played Meep on the recent American Horror Story: Freak Show and the Infantata on American Horror Story: Murder House was a fan favorite, despite only appearing in five total episodes of the series. The actor initially started out on the series as a demonic character — the Infantata was a baby who was "Frankensteined" by his father after the child was kidnapped and murdered. He played a far more lovable character on Freak Show, the innocent, tragically murdered Meep who wouldn't hurt a fly (but would eat a head off a live chicken if asked.)

Though the cast list of the new, still-unnamed American Horror Story season has not yet been revealed, there is a chance Woolf would have made the cut. Creators Ryan Murphy and Brad Falchuk like to cast from their already cultivated pool of actors, and considering how fans reacted to Meep, the character actor certainly had a shot at another appearance. It's so sad that we didn't get to see Woolf's star really blossom on the series, and he will be missed, both onscreen and off.

Bustle reached out to Woolf's rep for comment, and immediately heard back. Michelle Henderson at Henderson Represents Inc., says: "We are absolutely heart broken over the loss of our client Ben Woolf. We have represented him for years and considered him a client and friend here at HRI Talent. He was kind, hardworking with a great sense of humor. He will be greatly missed."

More like this
Oops! The 'Stranger Things' Monopoly Game Has Spoilers For Season 4
By Alyssa Lapid
Penn Badgley & Leighton Meester Met On A Horror Movie Set Before 'Gossip Girl'
By Jake Viswanath
50 Years After Creating Her Alter Ego, Angelyne Is Still Driving That Pink Convertible
By Gretchen Smail
Yes, Billboard Queen Angelyne Really Ran For Governor Of California
By Brad Witter
Get Even More From Bustle — Sign Up For The Newsletter