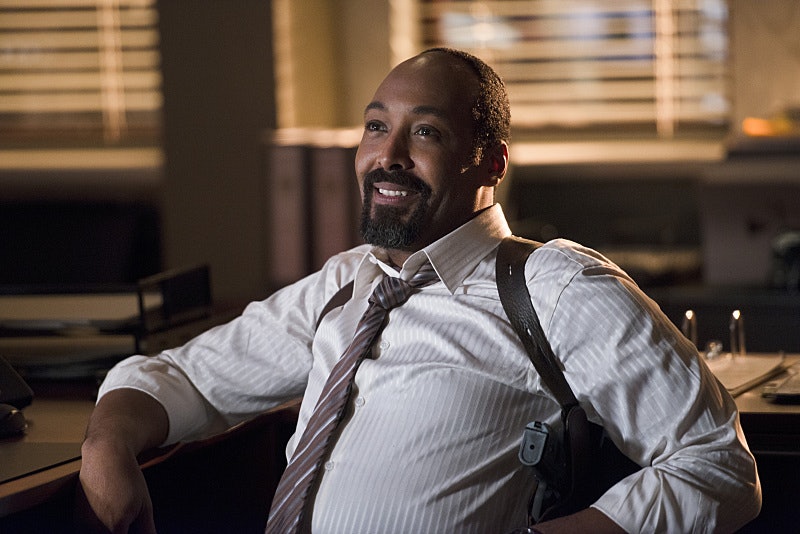 Things are about to get really ugly for Barry Allen once it is revealed that Harrison Wells is the Reverse-Flash. With Detective Joe West and Cisco investigating Nora Allen's death, along with Iris digging up dirt about S.T.A.R. Labs, it is only a matter of time before before Wells can no longer hide behind creepy smiles and pep talks. When The Flash returns March 17 with the episode "Out of Time," we'll not only witness Barry's new ability to time travel, but also see the team discovering the truth behind Wells, at least partly. But I have become worried that the awesome Joe West will be killed by the Reverse-Flash before the end of the season. If you take a minute to think about it, you'll likely agree Joe should be very worried.

Turning to the comic books to see where Joe West's storyline will go isn't much help. In the comics, Iris' father is a professor with little involvement in The Flash stories. On the show, Joe is integral to Barry's development and acts as an adoptive father as well as a confidante for his superhero antics. We already saw the Reverse-Flash threaten Joe West in his home by not-so-subtly saying he'd come for Iris during Joe's first time deciding to look into Wells. And this time, thanks to Joe's detective skills and Cisco's own brand of intelligence, they're getting close to the devastating truth. I imagine Wells will do a lot more than threaten Joe once he knows how deep the investigation has gotten.

In the extended promo for "Out of Time," above, we also get some clues about where things may be going with Joe's fate. At the 13 second mark we can see a detective in the police station trying to protect himself from an onslaught of broken glass, intense winds, and mayhem. It's unclear if that detective is Joe or Eddie Thawne, who's also had a hand in the Wells investigation and is linked to the Reverse-Flash somehow. The figure causing the mayhem is more likely the second Weather Wizard than Reverse-Flash, but we have already seen Wells gleefully manipulate metahumans for his own ends. Could Wells manipulate the second Weather Wizard to target Joe?

Superhero stories love to kill off parental figures. Barry has two left: His biological dad in prison and Joe. I expect Wells to come for one of them. But the loss of Joe will be far more felt on the show. As Joe, Jesse L. Martin brings a mix of humor, compassion, and gravitas to a role that could have easily been a throwaway. Hopefully, the writers of The Flash understand how integral Joe is to the world of the show and won't kill him off just to create more emotional motivation for Barry.