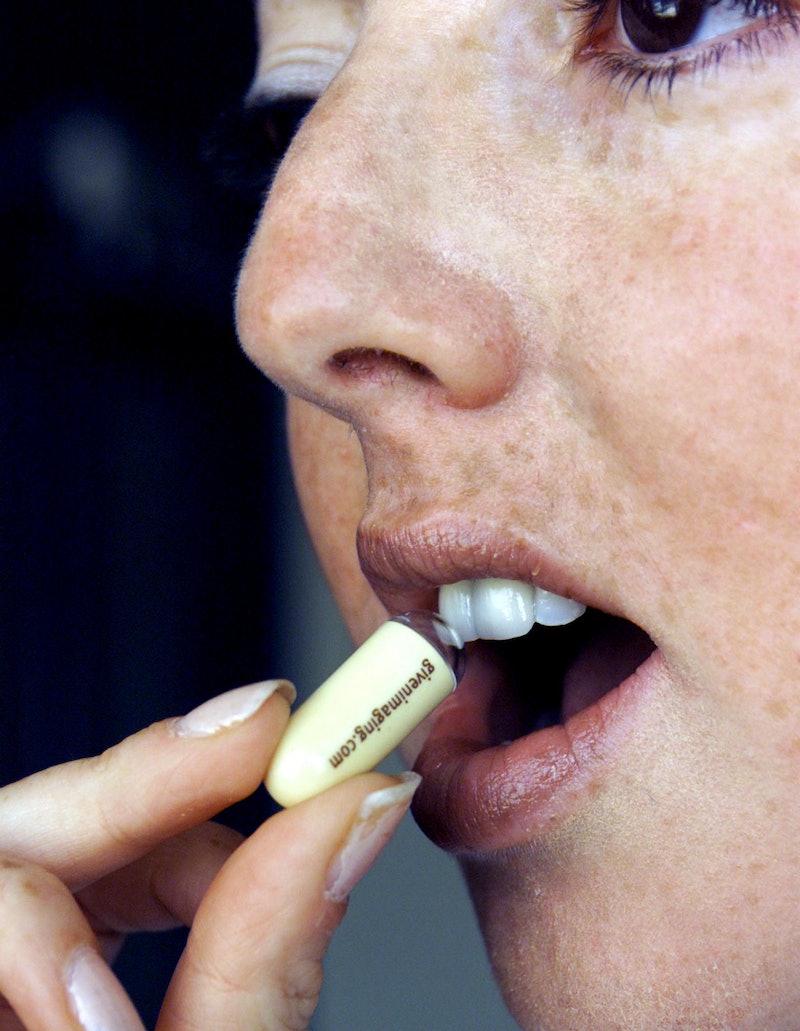 No matter which side you're on, following the debate on abortion legalization is quite often an impassioned, sometimes frustrating circus show. But it also weeds out the glaringly ignorant, whose arguments are frequently steeped in a confounding lack of information. On Monday, such ignorance was on blatant display at an Idaho House State Affairs Committee session when Rep. Vito Barbieri asked if women could swallow a camera for a gynecological exam.

The question was posed during an almost three-hour long testimony on a bill aimed at banning doctors from prescribing abortion-inducing medication through telemedicine, a form of providing healthcare through remote medical technologies. Among those those who testified in opposition to the bill was Dr. Julie Madsen, a physician who provided a range of telemedicine services in the state.

Madsen had said that colonoscopy patients are sometimes instructed to swallow a small device that allowed doctors a closer look at sections of their colon, to which a curious Barbieri interjected:

Can this same procedure then be done in a pregnancy? Swallowing a camera and helping the doctor determine what the situation is?

Wait, it gets better. Madsen — who I presume at this point was thoroughly baffled by Barbieri's question — responded that it would be impossible, because swallowed pills don't end up in vaginas. Apparently still clueless, Barbieri said, to the crowd's laughter:

The committee ultimately approved the bill by a wide margin on a party-line vote, allowing it to go to the House floor for a full vote, reported the Associated Press. Barbieri — who ironically is the chairman of the Open Arms crisis pregnancy center in Coeur d’Alene — voted in favor of the legislation, but his gaffe overshadowed whatever progress the bill has made, propelling the lawmaker to social media infamy. Twitter users, naturally, jumped at the chance to mock him.

OK, so the saying "There are no stupid questions" often rings true, but Barbieri, husband and father to three children, is an elected official involved in a debate at a committee hearing regarding women's reproductive rights, and the absolute least he could have done was a tiny bit of research — enough, at least, to know that neither the esophagus nor the stomach is connected to the human vagina.

The incident is all the more tragic when seen in the bigger picture. Male lawmakers are often front-and-center in legislative debates concerning female reproductive rights — who could forget that disgraceful nearly all-male panel testifying on women's contraception? Perhaps this Twitter user framed the issue in connection to Barbieri's embarrassing blunder most succinctly: