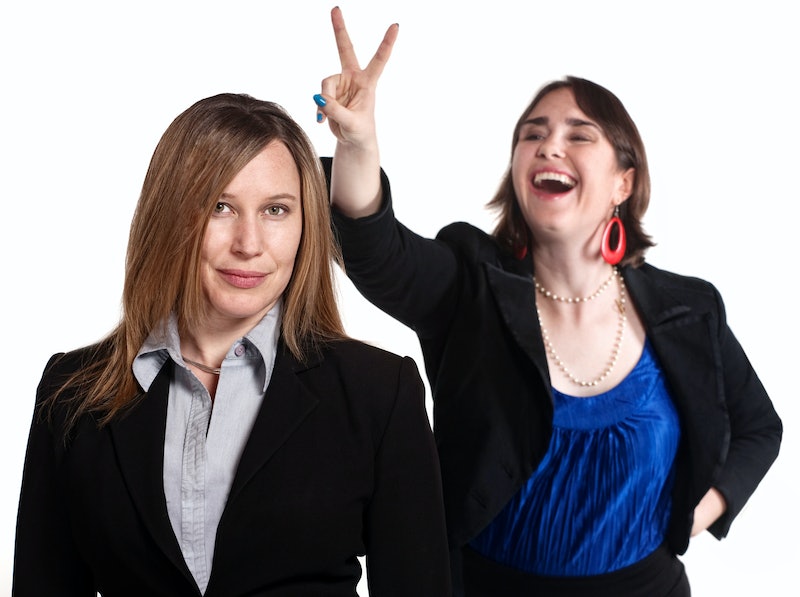 No matter where you work or what industry you're in, odds are you'll feel like you keep seeing the same type of people at every job you hold. College Humor knows this better than anyone — which is why they've created a handy guide to identifying several types of coworkers you'll always have, regardless as to what your job actually entails. Wasn't that nice of them? Oh, also, it's a handy-dandy video — and it's hilarious. Because that's how College Humor rolls.

It's true that no single person can or should be boiled down to one specific type; however, it's also true that the workplace has a curious habit of bringing out all the qualities we have that ascribe to one specific type, squashing down pretty much every other aspect of our multifaceted personalities. It's weird — but it's also undeniable. As such, it's always worth reminding yourself that no matter which one of these people annoys you the most, there's probably a heck of a lot going on beneath the surface that you just don't know about. So have a little patience, yes? After all, you're also probably one of them for somebody else at your office. Furthermore, although each of the types seen here has been given a relatively arbitrary gender assignment, obviously anyone can be any of them at any time: The New Guy might be the New Girl; the Prince might be Cersei Lannister; you know the drill.

Check out four of my favorites below, and scroll down to watch the whole video. Work to live, don't live to work — right?

They're Jim and Pam of your office!… until they're not. We know what flirting with your workplace crush looks like when the other person isn't into you, so let's take a moment to look at what it looks like when they are: They toss each other cute looks across the table; one night — usually during the office holiday party — they both get riproaringly drunk and finally decide to go for it; they wake up the next morning… and realize they've made a huge mistake. What follows is studious avoidance of the break room and months of awkwardness — both for them and for their colleagues. Fun times!

The New Guy isn't actually a child, but sometimes, he really, really seems like one. College Humor specifies that he's usually right out of college and finally holding down his first grownup job; he may not be, though — he might actually just be totally clueless, in which case it's a miracle he's made it this far on his own. At least he's energetic, right? He'll learn. Hopefully.

The Prince read Machiavelli in college and internalized it the way the rest of us internalize The Seven Habits of Highly Effective People. He's ambitious, and he'll do anything he has to in order to get into the king's — er, his boss' — approval. Watch out for this guy. He's slippery.

You know how sometimes, your job seems less like an opportunity and more like a horrible punishment? That's the Prisoner's default mindset. She's always talking about what she'll do once she gets out of the joint — but when she does finally get her freedom, she has no idea what to do with it. She's kind of a Negative Nelly and she has a tendency to overshare, but generally she's not so bad; you just have to take her in small doses.