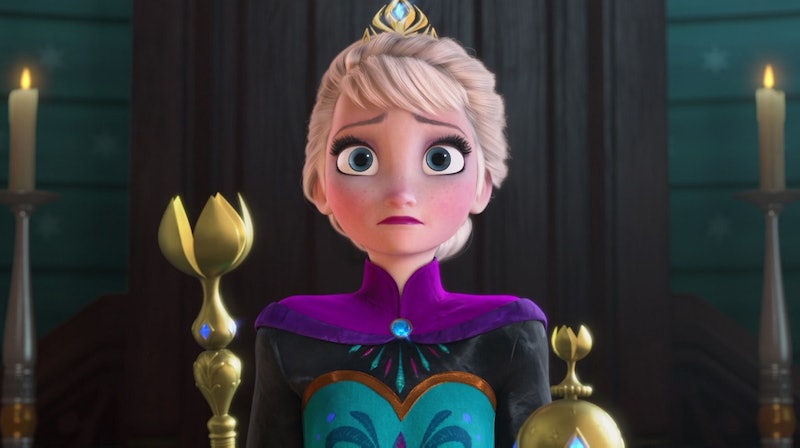 Look, if you give me an excuse to incorporate Disney into my life, I will take it and run, both figuratively and literally: Not ten minutes ago, I shed my Cinderella running sneakers and Rapunzel running shirt and then sang "Let It Go" in the shower. Normally, I'd say I'm obsessed so hard with Disney, but in light of today's newest addition to the list of (totally unapproved, unsanctioned, likely lawsuit-inducing) Disney merch, I might refrain from that particular wording. Just in case you were looking to get rid of that shred of your innocence, someone made a Disney princess-themed vibrator. We have officially reached the peak of human weirdness.

1. "Can You Feel The Love Tonight?" from The Lion King

3. "Go The Distance," from Hercules

See you all in hell!

Here's the picture that will shatter your childhood forever: