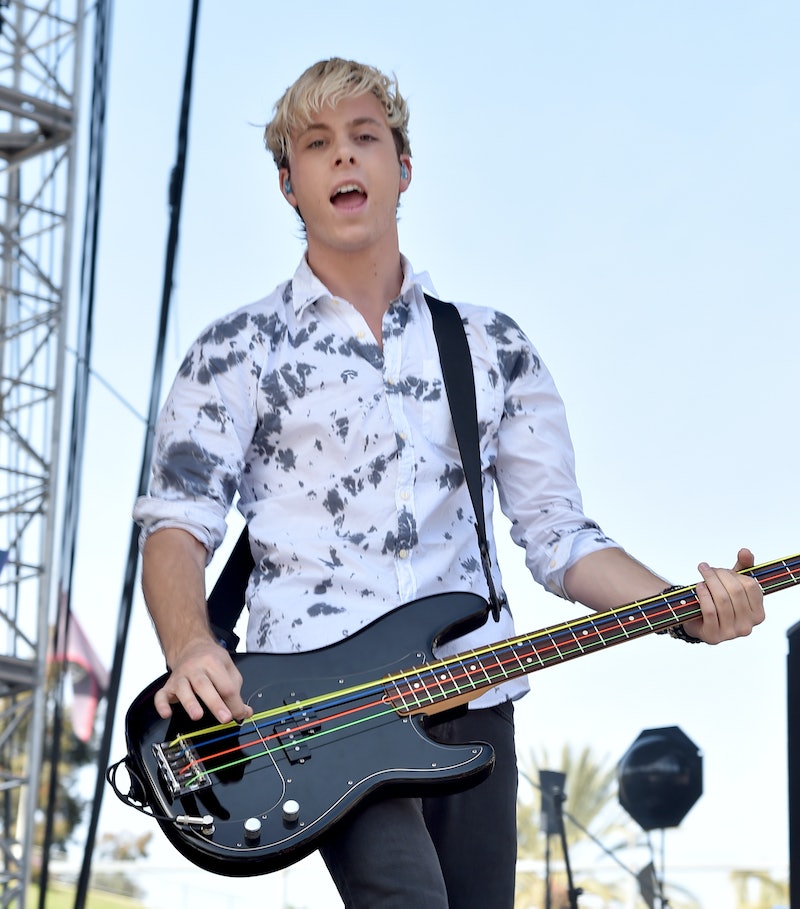 If you haven't yet been informed, you're old. Deny it all you want, but if this isn't an indication of the start of your twilight years, I don't know what is: The cast for Season 20 of Dancing With the Stars was announced on Tuesday morning. Season. 20. I'll give you a minute to let it sink in that this show has been going strong for 20 seasons and a total of ten years, because it nearly knocked me off my seat. If you think that's shocking, though, the names that were announced will throw you for a further loop. For instance, do you know who Riker Lynch is? Didn't think so.

If Lynch's name does appear familiar to you, way to go. Whether you know it or not, you've been acquainted with him in more ways than one. Here are a few surprising facts that might put Lynch in the running as your new DWTS favorite:

Think that blonde hair looks particularly familiar? Well, that's because he is the cousin of Derek and Julianne Hough, both who have been professional dances on the show. Luckily for Lynch, in addition to good looks, winning also runs in the family.

Lynch performs in a band called R5 with his three "R" named siblings, Ross, Rydel, and Ryland, and with their friend Ellington. Don't worry, Ellington's last name is Ratliff, solidifying the "R" theme.

But, before you immediately assume it's all sunshine and rainbows and Jonas Brother-y, Rocky Lynch said in an interview with Vancouver 24 Hrs, that sometimes it's a challenge: "There's definitely moments here and there where we'll be rehearsing and we'll disagree about playing this song first, or closing with that song, and it will turn into a mini argument. But most of the time we're all actually pretty good with each other and all get along."

He's what you missed on Glee!

You're looking at Glee royalty here, people. Riker Lynch played one of the infamous and musically adept Warblers. Lynch played Jeff who first appeared during Season 2. He then was in 11 more episodes during Season 2, 3, and 4, and participated in a Glee tour, as well.

If this guy toured with and starred on the infamously demanding Glee, DWTS should be a breeze.

The name Ross Lynch ring a bell? That's because Ross, an R5 member, is the Austin of Austin & Ally fame. Seriously, is there anything the Hough-Lynch family can't do? Save some talent for the rest of us.