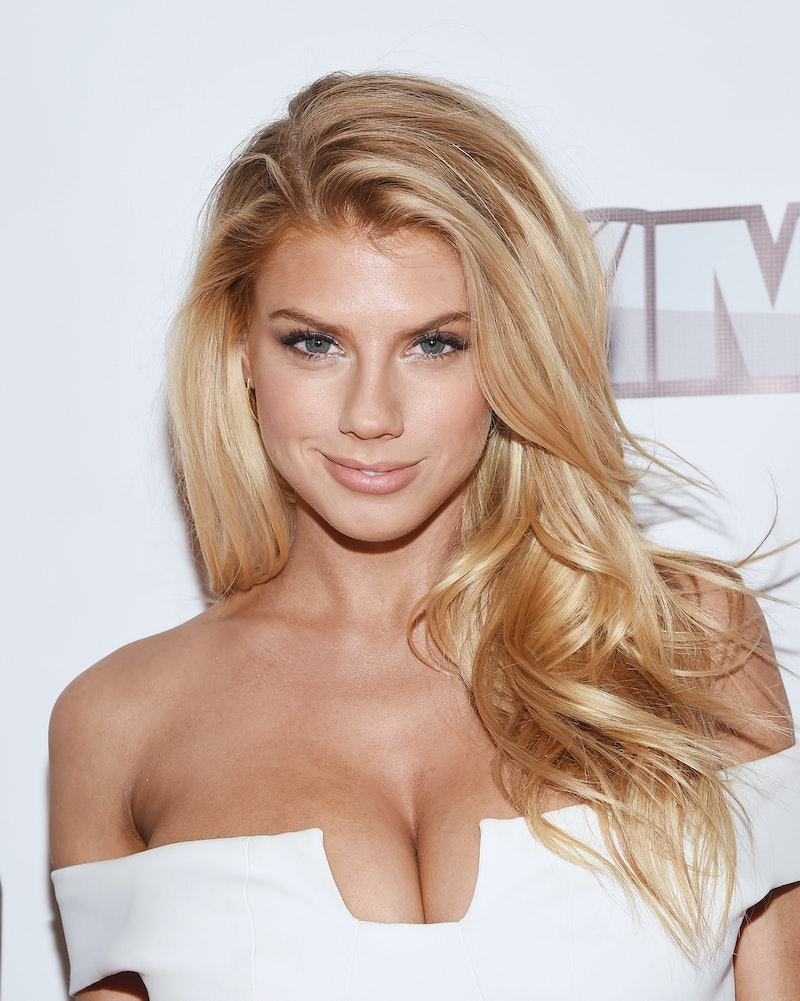 Is it just me, or were you also confused by Tuesday morning's Dancing With The Stars cast announcement? Out of all of the stars in the lineup, I recognized the names of only a few of them, which means it's time to start doing research ahead of the show's March 16 premiere... especially since it's the 10th anniversary season and will most likely be epic. Number one on my list: Charlotte McKinney, who's been paired with dancer Keo Motsepe. In the cast announcement, she's described as a model, but there has to be more to her than that — and thankfully, she's pretty into social media so there's plenty to draw from on Instagram and Twitter. So who is Charlotte McKinney? Someone you're about to wish was your BFF.

Because DWTS wasn't wrong — she is a model for Wilhelmina. If you're like me and have spent days binge watching America's Next Top Model on Lifetime, you already know that the prestigious modeling agency is a Big Deal, so obviously, McKinney knows her stuff. And these days, she's been modeling for Carl's Jr., the fast food chain that often employs celebs like Paris Hilton and Kim Kardashian to use their hot factor to sell burgers and fries.

Here's everything you need to know about McKinney before DWTS starts.

This is exactly what I wish I looked like while eating a cheeseburger. Unfortunately, this couldn't be further from reality for me, but McKinney pulls it off — while looking suspiciously like Kate Upton. During her modeling career, Kinney has also done print ads for Guess, and yes, she looked flawless in those too.

And every question she answered made me love her. She loves dogs, her celebrity crush is Paul Rudd, and she likes to spend her weekends on the couch watching TV — all things I can definitely get on board with. However, she only orders beans at Chipotle, which I find incredibly questionable.

In the sequel to the beloved comedy, McKinney is playing a character called Missy. She also apparently gets to hang out with David Spade a whole bunch, which must be pretty fun.

And she was just on Tosh.0, too

McKinney appeared in a spoof of Catfish as part of a web redemption for a poor teenage boy who got his heart broken and cried on camera. But that's not the part that matters. It's the fact that McKinney can be funny that I like about her.