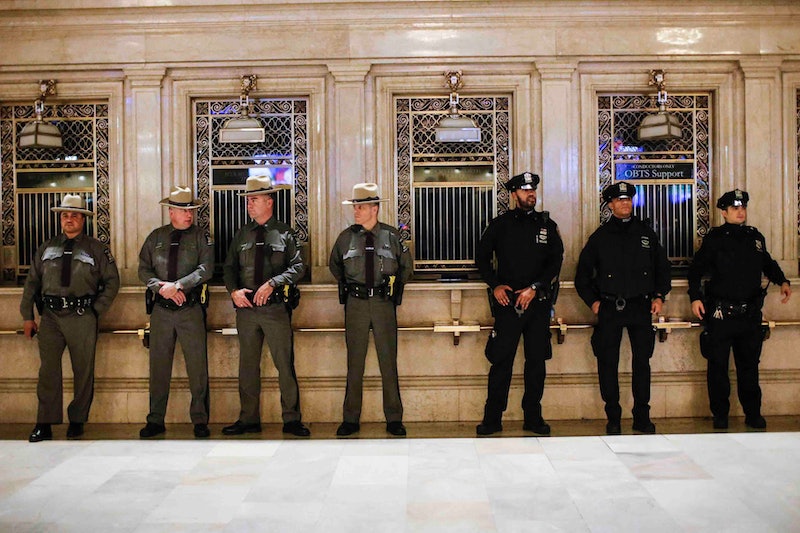 In the wake of Eric Garner's death, NYPD Commissioner Bill Bratton launched a three-day retraining program last September in conjunction with NYC Mayor Bill de Blasio. When a grand jury decided not to indict the officer responsible for placing Garner in the choke hold that precipitated his death, the public outcry for police reform became deafening. Now, that reform is finally being put to the test, apparently with less-than-desirable results.

The three-day retraining program, according to the New York Post, instructs officers to close their eyes, take deep breaths, and other similar tactics that officers are calling "a big disappointment." In fact, says the Post, the consensus is clear: most officers think the retraining program is a waste of time.

The $35 million "smart policing" retraining program has been so underwhelming, a whopping 80 percent of those that underwent the program gave it negative reviews upon completion. Officers who went into the program expecting hands-on, reality-based training for dealing with suspects and arrestees were disappointed to face hours-long lectures and breathing exercises.

According to officers who spoke to the Post, the program advises officers to close their eyes and take a deep breath when dealing with a hostile individual or tense situation. Officers were reportedly led through breathing exercises designed to help them stay calm.

In December, following the grand jury's decision not to indict officer Daniel Pantaleo in the death of Eric Garner, which sparked public outcry and accusations that the NYPD used excessive force, Bratton and de Blasio laid out specific points of their training program in an effort to mend the relationship between law enforcement and the community.

They revealed that the first day of the program would consist of lectures teaching officers cultural sensitivity, reminding them the importance of honor, and suggesting ways to deal with stressful situations without using force. The second day would teach "smart policing techniques" that help prevent situations from escalating, while the third day would include physical drills covering permitted takedown and holding tactics.

When highlighting the program's details, de Blasio said at a press conference:

The training that’s going to happen here in this building will change the future of this city. It will have not just an impact on thousands of people, it will have an impact on millions of people, because every interaction that every officer has with their fellow New Yorkers after they are trained again will be different.