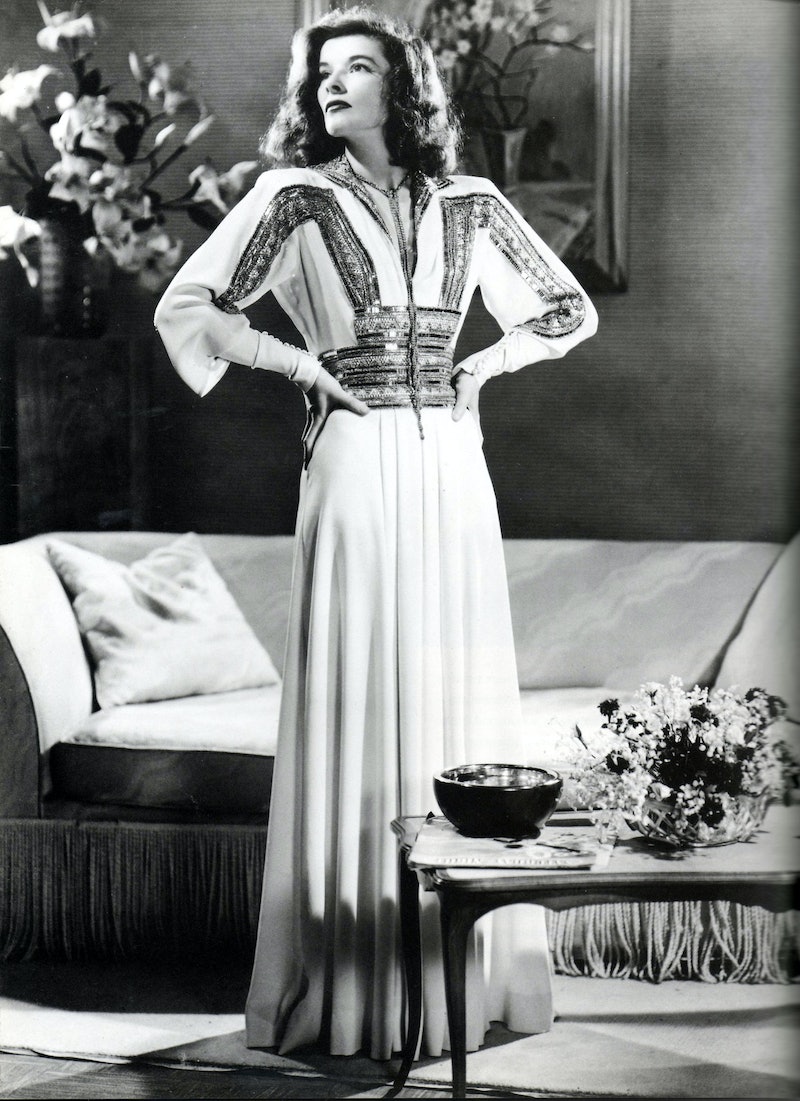 A disheartening 2014 study of gender bias in film revealed that, globally, women make up less than a third of all speaking roles in movies, and less than a quarter of all positions in the film industry. They are much more likely to be sexualized on screen than their male counterparts, and much less likely than men to be portrayed in positions of power or as professional workers. Given the depressing state of women in contemporary film (in 2015, let me remind you) it would be easy to assume that classic movies—filmed in the days before second or third-wave feminism, before birth control, before the Bechdel Test—would have little to offer feminist-minded viewers. If you haven’t watched much in the way of old movies, you might suppose that the women in these movies are all helpless damsels in distress, uber-domestic June Cleaver types, or dimwitted pin ups.

Doing so, however, does a disservice to the many fascinating female characters who populated the screens of Hollywood’s Golden Age, as well as to the brilliant actresses who played them. From the 1930s to the 1960s, stars like Katharine Hepburn, Vivian Leigh, Bette Davis, Myrna Loy, and Judy Holliday brought to life independent, smart, imperfect women with the ability to make decisions for themselves and their own futures. These women may not be feminists in a political sense—we won’t necessarily see them advocating for equal pay or reproductive rights—but they are complex, fully-fledged characters who advocate for themselves and refuse to be defined through their relationships with men. Here are a few key, lady-empowering moments from the silver screen to get you started:

1. Scarlett O’Hara refusing to ever go hungry again, Gone With the Wind (1939)

Gone With the Wind is certainly not without its problems (especially when it comes to race), but the 1939 blockbuster gave us one of the most complex female protagonists in film history. Love her or hate her, Scarlett O’Hara—selfish, manipulative, smart, and self-assured—makes it through the Civil War intact and saves her home and the people closest to her. In one of the most famous scenes from the movie, she declares, “I’ll never go hungry again!”—a promise she manages to keep through the strength of her personality alone.

In this 1950 comedy, Judy Holliday plays Billie, the funny, unpolished girlfriend of a brutish business tycoon. Given a tutor to make her more "classy," Billie discovers the power of education and transforms from someone content to let others run her life to a woman with the power to stand up to her abusive boyfriend and take control. In this famous scene, a pre-transformation Billie soundly trumps the bad BF at Gin Rummy, showing that even before she gets her “polish,” she’s a girl with smarts.

In this 1940 screwball comedy, Rosalind Russell plays Hildy, a feisty news reporter. Though you could say that the film’s feminist stance isn’t clear (Hildy keeps threatening to leave the newspaper business for a life of domesticity), the fact that Hildy is a capable and respected career woman is a powerful statement in itself. (Not to mention that it's decidedly feminist to see a character unapologetically making choices about her life, even if those choices are to spend her time in domestic pursuits; Wanting to keep a house is not inherently anti-feminist.) In the opening scene of the film, we see her sailing through the bustling newsroom like she owns the place.

You have now reached the Katharine Hepburn portion of your entertainment. I’ve limited myself to two films here; see also Woman of the Year, Pat and Mike, Holiday, and pretty much everything she’s in because she is amazing.

In Adam’s Rib, Katharine Hepburn and Spencer Tracy battle it out as opposing lawyers in a case against a woman who shoots her husband due to his infidelity. The sparring between Hepburn and Tracy is, as always, top-notch, and Hepburn’s character engages in an unusually frank discussion of the double standard that (still) exists when it comes to adultery (i.e., men can commit adultery with relative impunity, while adulterous women are evil freaks of nature).

5. Katharine Hepburn blowing up a German warship, The African Queen (1951)

In The African Queen, Hepburn plays a straight-laced missionary in East Africa who persuades a rough-around-the-edges river boat captain (Humphrey Bogart) to help her blow up a German warship. The once-prim missionary proceeds to have many adventures, including navigating white water rapids, removing leeches from Humphrey Bogart, being captured by Germans, and falling in love. Oh yeah, she also helps Britain win the war. Throughout, she’s brave, smart, and generally awesome.

Makeovers are such chick flicks clichés. Usually aimed at making a woman conform to traditional notions of beauty and attracting guys (See: The Breakfast Club, Clueless, She’s All That), makeover movies rarely qualify as feminist. But in the case of Now Voyager, Bette Davis’s physical transformation from mousy to beautiful indicates a more profound change from being an insecure girl, dominated by a cold and unloving mother, to being a confident, self-possessed woman, in control of herself and her own future. Here, the clothes really do make the woman.

Early in the detective classic, The Thin Man, Nora Charles (Myrna Loy) sits down at a bar with her husband, and asks how many drinks he’s had. When he says he’s had six martinis so far, she promptly orders five more for herself, to catch up. The scene perfectly encapsulates that marital dynamic of Nick and Nora Charles, as well as Nora’s witty independence. When it came out in 1934, The Thin Man offered viewers a very different vision of marriage than what was usually portrayed on film: rather than a sacred, oh-so-serious state, marriage between Nick and Nora was fun, breezy, and sexy. Nora herself defied popular ideals of the perfect wife: she’s boozy, funny, decidedly not domestic, and she can more than keep up with her detective husband. Luckily for Nick, she’s just his type: “lanky brunettes with a wicked jaws.”

For many of us, Glynis Johns’ rousing rendition of “Sister Suffragette” was our first introduction to the idea of women’s suffrage as a political movement. One could debate at length whether Mary Poppins as a whole is a feminist film, but I think we can all appreciate the feminist fervor of these lyrics:

From Kensington to Billingsgate One hears the restless cries! From ev'ry corner of the land: "Womankind, arise!" Political equality and equal rights with men! Take heart! For Missus Pankhurst has been clapped in irons again!

More like this
The 'Hocus Pocus' Sequel Finally Has A Release Date & It Makes Total Sense
By Shannon Barbour and Radhika Menon
'Elvis,' 'Walk The Line' & 10 Other Movies Where The Actors Actually Sing
By Radhika Menon
What’s New On Netflix: 'Stranger Things' & 'Mean Girls'
By Arya Roshanian
What’s New On Netflix: The Return Of 'The Umbrella Academy'
By Arya Roshanian
Get Even More From Bustle — Sign Up For The Newsletter