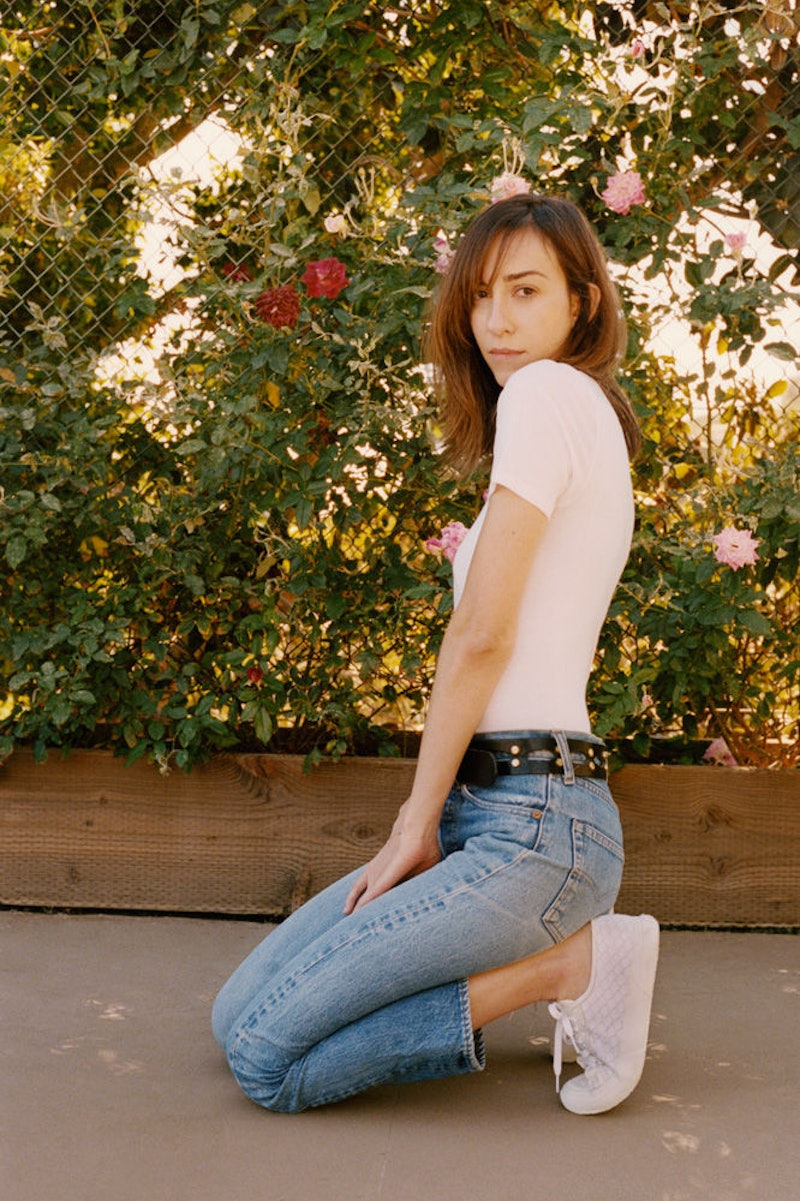 What's the best way to sell an extremely expensive sneaker? An incredible dreamy ad campaign, of course. If you were somewhat iffy about shelling out over $200 for the Rodarte x Superga collection, the new Superga ad campaign starring Gia Coppola might just change your mind.

The Mulleavy sisters chose their longtime friend, Coppola, as the face for the Rodarte x Superga campaign, a wise choice, because Gia is literally the definition of a laid back, cool girl. She told Style.com, "I thought [the Mulleavy sisters] were just super cool girls because they loved pop culture and California in the same way that I did. I wear Supergas every day and I love Rodarte so much, I couldn’t ask for a better pairing in my world.”

And tapping into that California dreamin' lifestyle is exactly what the campaign represents. Shot by fashion photographer Colin Dodgson, the photographs are a hazy, listless depiction of the filmmaker lolling in the Los Angeles sunshine, almost like a screen shot from Sofia Coppola's The Virgin Suicides. The ads are lackadaisically romantic, and succeed in making me want to throw on a pair of the netted tennies and romp in grassy fields, too.