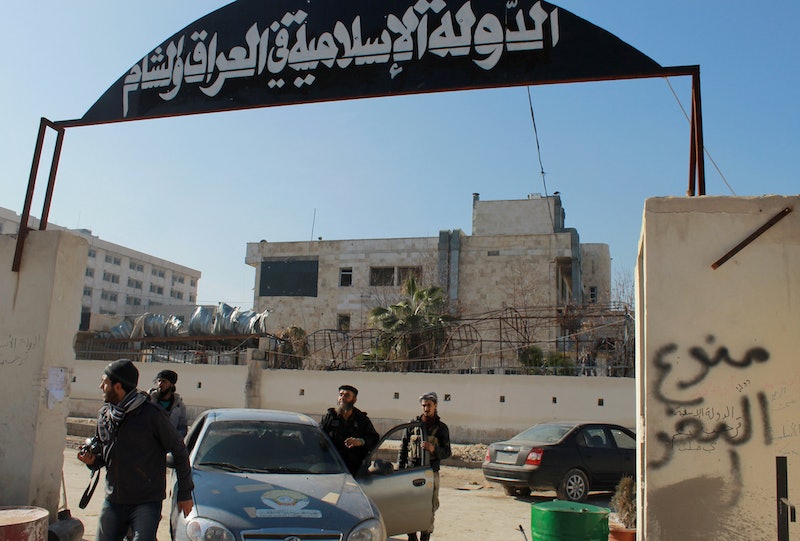 Unfortunately, the three British schoolgirls believed to have traveled from London to Turkey to join ISIS have reportedly made it to their destination. London’s Metropolitan Police said Tuesday that the three teens are no longer in Turkey and appear to have crossed the border into Syria, where ISIS is partially based.

This would spell the failure of the efforts of the British police, the Turkish Embassy in London, and the teens’ parents to get the girls to return home. Last week, British police announced that three east London teens — Shamima Begum, 15, Kadiza Sultana, 16, and Amira Abase, 15, had flown from London’s Gatwick Airport to Istanbul aboard a Turkish Airlines plane. Ever since, they have been trying to locate the girls in Turkey, before they crossed into Syria and into the hands of ISIS.

In another plot twist on Tuesday, CNN reports that Turkey has placed the blame for the girls’ disappearance on the U.K. Turkish Deputy Prime Minister Bülent Arınç told reporters that if the girls aren’t be found, then it’s not his country that’s responsible — it’s the British authorities.

“It is condemnable and shameful on the part of Britain that three girls can just go from Heathrow Airport to Istanbul,” Arınç told reporters in Ankara on Tuesday, CNN reports. In the interview, Arınç also accused British authorities of waiting three days after the girls’ disappearance to notify Turkish officials.

Turkish officials aren’t the only ones pointing the finger at British authorities for a lack of action. CNN reports that one of the family’s attorneys said the family was “somewhat surprised, horrified” that the girls’ alleged contact with Aqsa Mahmood, a young woman accused of recruiting others to travel to Syria with ISIS, had not provoked police action. The family had assumed that Aqsa's social media accounts were being monitored.