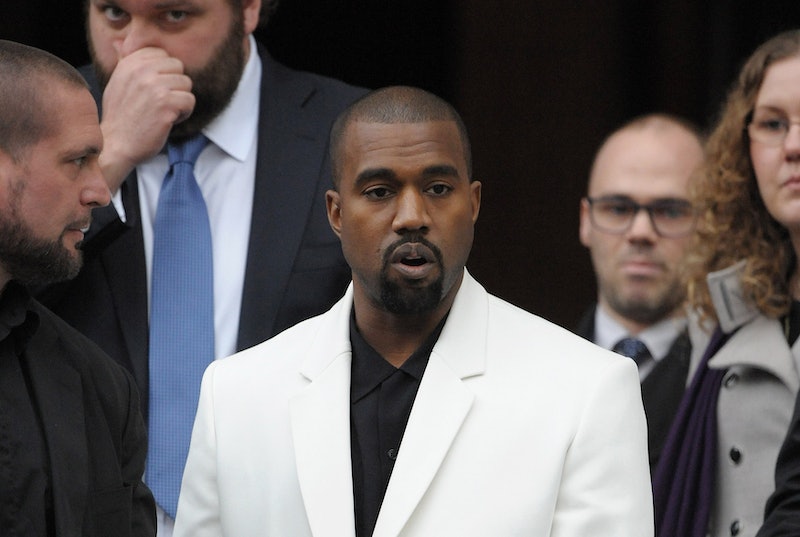 Kanye West isn't afraid to let himself be heard, and while the world may disagree on what opinions should be heard and when, I do hope Kanye West's speech at the BET Honors gave people something to truly consider. The mogul, who accepted the Visionary Award at the 2015 ceremony, chose to make his speech about race in America, and confronted his audience with some powerful statements about what truly makes Americans equal.

The statement isn't a surprising one coming from West. West's song "New Slaves" actually discusses this very idea — that monetary success for individuals of color does not put them in a position of power in society. It's far too easy for people to look at celebrities or politicians of color and say that we've come as far as we need to in terms of equality and combating racism while meanwhile African Americans are incarcerated at six times the rate of white people and tragic stories of people like Trayvon Martin, Michael Brown, and Eric Garner become regular news pieces. West isn't saying that America hasn't improved since the days of slavery — only that, in many ways, these surface-level "success stories" make it far too easy to ignore the racism and inequality that still exists in America.

Unfortunately, that doesn't seem to be the statement that many people who have heard the speech chose to focus on. Instead, the quote that seems to be displayed around the Internet is the joke that West made at the beginning of the speech at the expense of his wife Kim Kardashian. After reminding the world of stereotypes about wealthy black men choosing to date white women, West quips that his wife "has dated broke black dudes, so it ain't got nothing to do with the money." Maybe that's because West is still above all else a celebrity to most people, and it's easier to take him at that value then to think critically about what his words on important topics like racism actually mean.

And yes, West is a celebrity. No matter what he says, he can never truly identify with people in the same way that the average citizen can — something that I think West might be the first person to admit. But we shouldn't ignore this speech or write it off simply because of our preconceived notions about who we think West is. I don't always agree with West, but overall, I think that this speech was brave, important, and sadly rare. The media tends to write West off as an egotistical clown, but we'd be doing a great disservice to ourselves and our society if we didn't think about these points.