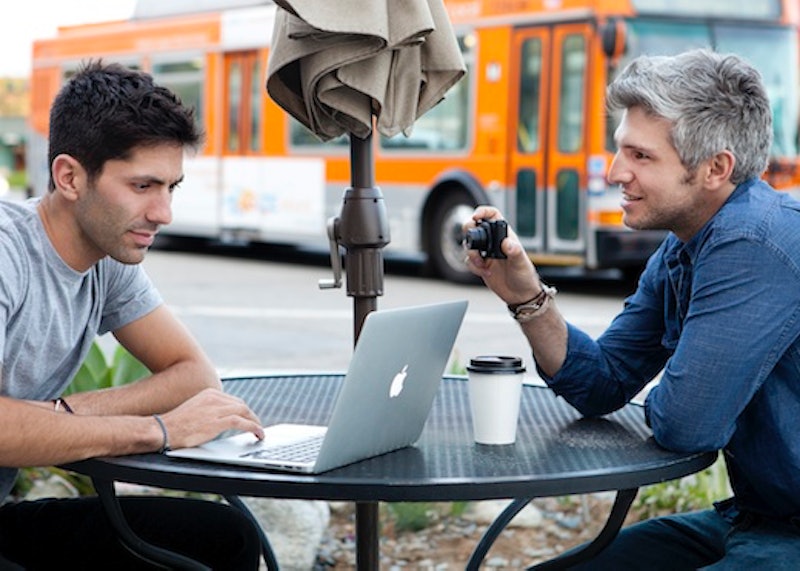 MTV's beloved documentary-reality series, Catfish, returns Wednesday sans one Catfish — Max Joseph won't be on board for the internet sleuthing. This isn't a permanent thing, only a temporary thing, and Max will be absent for five Catfish episodes. There's actually a really good reason as to why he's not joining partner-in-crime Nev Schulman for these first few episodes, and it all has to do with Zac Efron. Really.

Max is usually the guy behind the camera, and now he's taken the opportunity to step behind an even bigger camera than the little one he's usually carrying. It was formally announced at the 2015 TCA Winter Press Tour that Max would be absent for the first five episodes of the season, and that it was due to his commitment to direct a feature length movie. Yeah, our little Max is growing up and becoming a big time director.

Max's film is called We Are Your Friends and is a romance/drama about young love found at the Hollywood nightlife scene. It stars Wes Bentley (of Hunger Games), Emily Ratajkowski (of Gone Girl and that Robin Thicke music video) and the dreamy Zac Efron. It was shot this summer in and around the Los Angeles area, but unfortunately the filmmaking process overlapped with filming the beginning of Catfish Season 5. Good thing Nev and Max are the kind of life partners who totally support each other no matter what is happening — obviously it was OK for Max to take some time off to finish up his movie.

The film still doesn't have an official release date, but it has been picked up by Warner Bros. Pictures for distribution. Very well done, Max.

So for the time being on Catfish, get used to seeing some new faces hanging around with Nev. In Max's place five new partners will join the sleuthing team — including a former Miss Teen USA, Cassidy Wolf and Guy Code star, Charlamange Tha God. No one will ever be able to replace Max, though.

Max has by now returned to filming Catfish, and he and Nev are already jet-setting all around the country helping others with their internet mistaken identity situations. Nev even posted a picture to his twitter, showing that the two are once again together, and once again up to crazy hijinks.

So while it might be weird at first to have a Catfish without Max, at least we know the boys get back together... eventually.