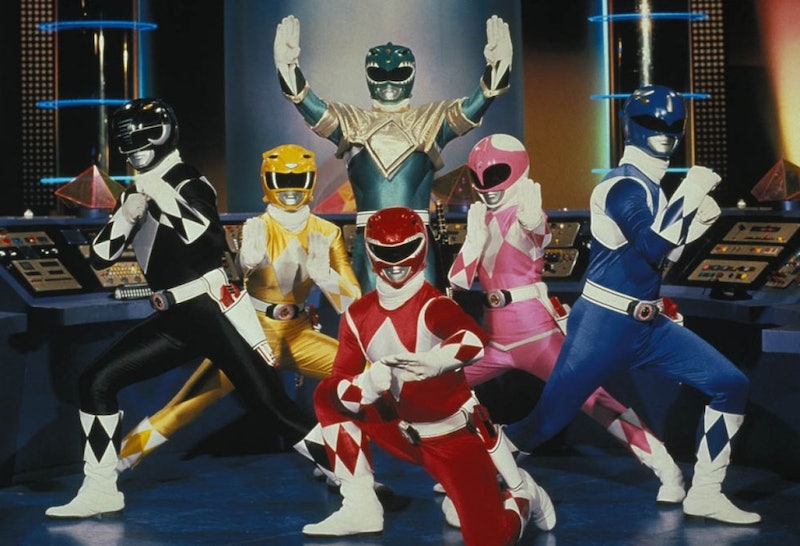 Anyone born in the late 1980s is not at all unfamiliar with the conquest to recreate scenes, stories, and adventures from the ever popular children's action series, Mighty Morphin' Power Rangers. And while we all resigned to makeshift cardboard weaponry and fighting over who got to be Zack, actors Katee Sackhoff (once assumed to be the next Captain Marvel) and James Van Der Beek, who co-wrote the project, brought the dream to life in a whole new way, starring in director Joseph Kahn and producer Adi Shankar's highly impressive 15-minute-long fan movie.

Breaching the margins of simple homage, the short film (one bearing terrific production value) reimagines the Power Rangers world as a much darker, more intense, and newly R-rated product... one that stirred a bit of intrigue on Twitter upon its release.

But the team might be in for some real world trouble. According to Kahn, the original Power Rangers creator Haim Saban has been in contact about the removal of his short film, stylized with the title Power/Rangers, from the Internet. At present, Saban is in negotiations with Lionsgate to get a Power Rangers movie off the ground, though we imagine it won't look quite like the one we saw spring to life online this week.

Vimeo, the video sharing site through which Kahn and company first broadcast Power/Rangers, removed the film from its system, citing a copyright infringement claim from a Saban Capital Group (the company that owns Power Rangers) representative.

As of now, the fight wages on, with Kahn and his underdog troops pushing back to allow for free access to their film, which has already gained nearly 6 million views on YouTube. It's hard to predict exactly who'll wind up the winner in this scenario, but here's one pipe dream we can put to rest: the Lionsgate Power Rangers movie almost definitely won't take any pointers from Kahn and Shankar's adult-directed take on the property... and we can probably forget about seeing Dawson and Starbuck don those colorful yellow suits on the big screen.