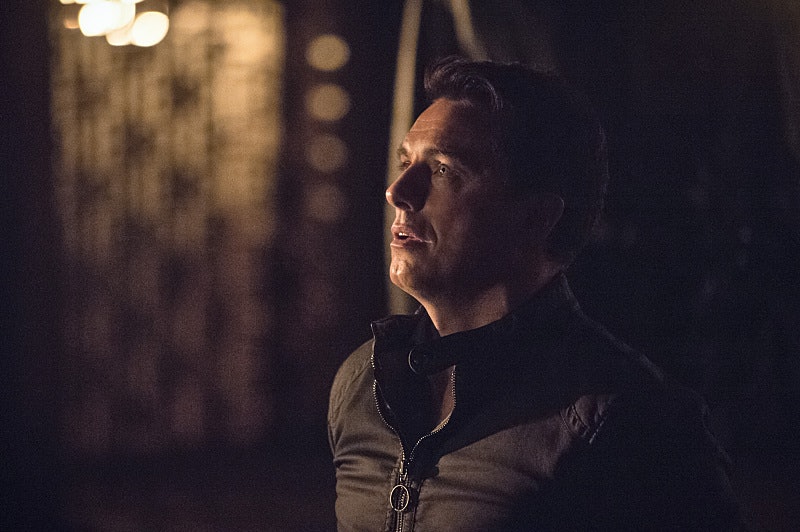 It's hard to peg down what kind of villain Malcolm Merlyn is on Arrow . Yes, he's a straight-up bad guy who has killed a lot of people, but every now and then he shows a softer side, especially when Thea Queen is involved — he did save her from Deathstroke's siege of the city, after all. But then he had to go and drop her and Oliver Queen on Lien Yu to basically fight Deathstroke to the death. Now as Arrow speeds towards the end of its insane third season, is there a chance that Malcolm Merlyn could die before it wraps up? He's got to pay for everything he's done so far, villain or not. Don't forget, he is the guy behind this whole Ra's ah Ghul mess.

If you consider Merlyn's character as a whole, he's more of Oliver's archer foil than anything else, because everything Merlyn does Oliver doesn't want to do. Even though he does have those super brief moments of redemption, and you can see that he's trying to redeem himself if only for Thea's sake, he's still failed Starling City in a million ways. So if you ask Oliver about Merlyn's fate, yeah, he's probably going to say that he has to die, even if he is going through a period of atonement for everything.

There's also the whole, "Ra's is coming," thing. Merlyn is trying his best to train both Oliver and Thea to fight him, but even beyond that, this is all Merlyn's fault. If he hadn't drugged Thea to kill Sara and then have Oliver take the fall for it, none of this would be happening. See what kind of chaos you've caused, Merlyn? If he does really and truly want to redeem himself, the best thing for him to do would be to fight Ra's in Oliver and Thea's place — because we all know only one person is walking away from that fight.

Episode 15 of this season, "Nanda Parbat," was "designed to be this crazy cliffhanger," executive producer Andrew Kreisberg told TVLine. Oh, so that's super reassuring. On top of that, the description for the episode straight up says that "Malcolm is captured by Ra's." Does this mean that Wednesday night Merlyn will actually meet his fate?

Part of me wants to be like, "YES, this is it. Merlyn is going to come clean about everything to Ra's, and sacrifice himself to save Thea." But that's kind of expected, right? Arrow's not really one to play it safe, and that kind of scenario would be totally expected as a cliffhanger before it heads into a short little hiatus. Will Merlyn die eventually on the show? It's almost certain. I'm just still not convinced this Wednesday night is the right time for it to happen. It'll also be a huge bummer if John Barrowman leaves the series, because he plays a bad guy so well.

Whatever happens, I trust the folks behind Arrow to do whatever they think is best — and also craziest. Even if Merlyn is on the receiving end of one of Ra's' swords, we all know that dead people on Arrow don't tend to stay dead.