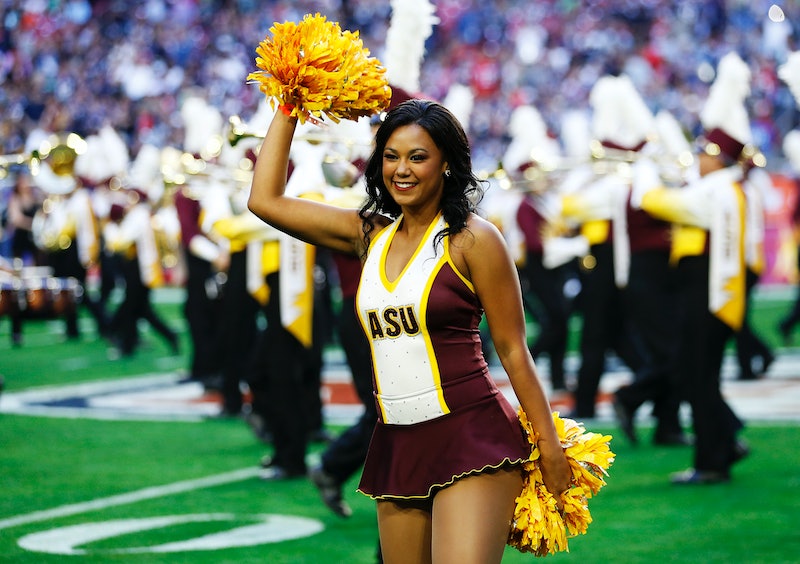 When you think about college in the US, you increasingly think about horrible frats and ridiculous sororities and the decadent, sometimes dangerous, things that go on within them. Thanks to the students of Arizona State University, we can continue to hold college life in such high esteem, thanks to this Snapchat account where students are sharing photos of drug use, naked breasts, ejaculate on their faces, post-sex creep shots, and all manner of other debauchery that will terrify you if you believe things like "the children are our future." The children, apparently, are still wearing Grateful Dead t-shirts while taking bong hits, which gives me absolutely no hope that we've evolved at all. I started university over ten years ago now and I don't remember it ever being so... rough. We partied, but the more sinister elements that seem to be emerging now with the proliferation of apps like Snapchat were nowhere to be seen. ("Back in my day," said the old woman, shaking her fist at nothing.)

It's not like this is... the most shocking information ever. College kids will party. That's pretty much an accepted truth of the universe by now. But there's a nastiness to college partying that seems quite disturbing to me, not only in terms of the extremity of college partying, but in more serious matters, like the prevalence of rape culture showing no signs of slowing on campuses.

The Snapchat in question, called SunDevil_Nation, is under threat of being shut down by Snapchat, and understandably so. Amongst pictures of people ripping bongs, there are young women showing off their breasts and booties, as if this was some kind of socially acceptable way to gain "likes." There's just something really putrid to me about a culture in which young women feel like the only valuable contribution they can give to a conversation is to show off their bodies. Especially when the university itself is reporting that 3 percent of coeds in a given cohort are raped every year, and over five consecutive calendar years, that percentage could reach 20-25 percent. Also of note: 15.5 percent of college women are sexually victimized, and less than 5 percent will report their rapes/assaults/victimization.

While rape culture is the most heinous element perpetuated by stupid student stunts like this one, there are also other concerns, like for the health and general safety of the student who is seen in a photo with five lines of cocaine ready to rail. Or for the boy passed out face down on the floor. And what of future education/employment? The photos are public, and unfortunately even Snapchat, as we can see from the widespread reporting of this story, isn't immune to becoming a permanent internet fixture. Do these kids think they're going to get jobs as doctors and lawyers and public servants when there are pictures of them brandishing drug paraphernalia all over the Internet? We all make mistakes when we're young; The problem for this generation is the ease with which such mistakes can be recorded and published.

If you're interested in looking at pictures of underage kids doing illegal things, Daily Dot has lots of screenshots from the Snapchat account. Here are a few: