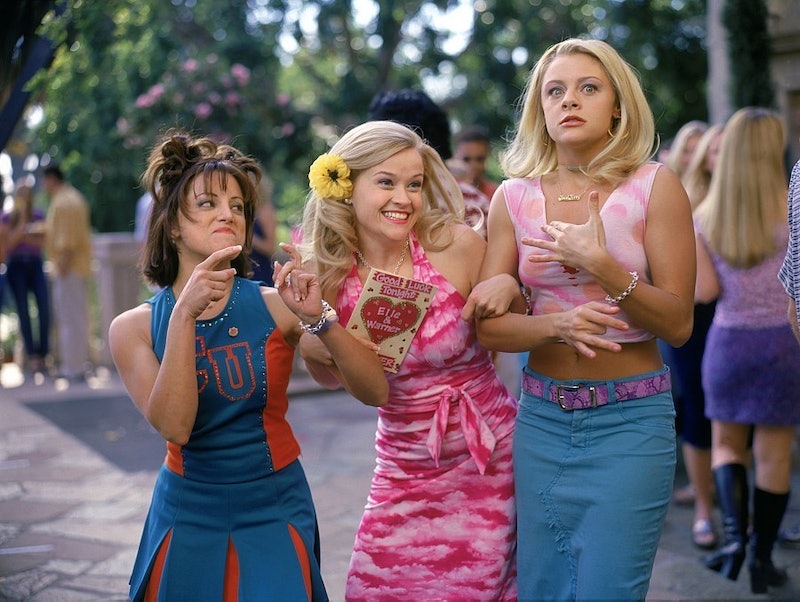 Sororities often get a bad rap, but I, for one, am not a sorority-hater. Although I didn’t feel compelled to rush as a college freshman, I know a number of people for whom Greek life was a positive experience that provided structure and a social outlet during their college years. That said, many sororities have rightly faced criticism for bizarre, and even violent, hazing practices, for having overly strict chapter policies, and for being, er, kind of racist. Not all sororities are like this, of course, but if a member wants to leave — for any reason, from being hazed to simply feeling overwhelmed with school — well, she should be able to, right? Apparently, it’s not that easy.

A member of a sorority at a Pennsylvania university (who goes by the name “sororitywoes”) took to Reddit recently to air her grievances about trying to leave her chapter. She complains that the “exec board” of her sorority pressures sisters to prioritize the sorority over academics, and that the members are racist and mean:

I have been trying to deactivate from my sorority. When I joined, it claimed to be different from other sororities and for a few months we were. Now, it's completely different. The exec board is made up of awful people and they make "casual" racist jokes about minorities on campus and in general, they curse people out, and they force us to choose between them or academics, constantly. For example, several of us had lab and we were told last minute that we had to attend an arts and crafts workshop. Professors don't allow you to miss lab unless you're on your deathbed so we told them that we couldn't paint that night.

We were all fined $100. There are times when we have questions about something, like the dress attire for a certain event, and we'll be told by the exec board to "shut the fuck up" because those details will come later.

I hate being a part of this and so I wanted out.

This woman’s desire to leave is understandable, but, upon trying to deactivate, she was met with outrageous financial demands:

She said that I would also have to return everything that has the letters of the sorority on it, although I paid hundreds of dollars for this. I even have to give back a pen that I was given when I got in. It ran out of ink, and I probably threw it away.

I also have to pay all of the dues for the rest of the semester even though I don't want to be in it anymore and won't be participating. I'm being fined left and right for missing events like a Disney movie night over a meeting that my professor told me that I couldn't miss with him.

The board has told me that unless my balance with them is at $0 and I do all of the above, I also won't get my transcript when I graduate (so I can't apply to grad schools).

I could maybe understand if they used our dues to pay for some of the things we did, but they don't. Every outing, we have to pay for. If we buy clothing with our letters, we have to pay for it. We don't have a house and because the only thing that we do is watch movies like Tangled and Home Alone, and occasionally ice-skate, lots of people have been suspicious about the cost of dues.

I'm sorry that this is so long, I just feel trapped and powerless right now.

This whole thing seems fishy. Admittedly, I don’t know very much about sorority bylaws, but I don’t see how a sorority could possibly withhold a university transcript from a student, if only because the sorority and the university registrar are completely separate entities. Total Sorority Move suggests that while having a deactivated member return any merchandise with letters is a common practice, the sorority exec board cannot force her to continue to purchase items after she deactivates. The site also rightly points out that the first important step for "sororitywoes" is to thoroughly learn her sorority’s bylaws in order to understand her rights and obligations. In this case, as in the rest of life, the key is to know know you financial responsibilities and not sign anything unless you fully understand what you’re agreeing to.

"Sororitywoes" has since posted a brief update, saying that she has set up a phone meeting with a representative from her sorority’s national organization, which seems like a smart move. The meeting will allow her to learn the proper procedures for deactivation, without feeling pressured by the women on her exec board, who seem to have let their power go to their heads.