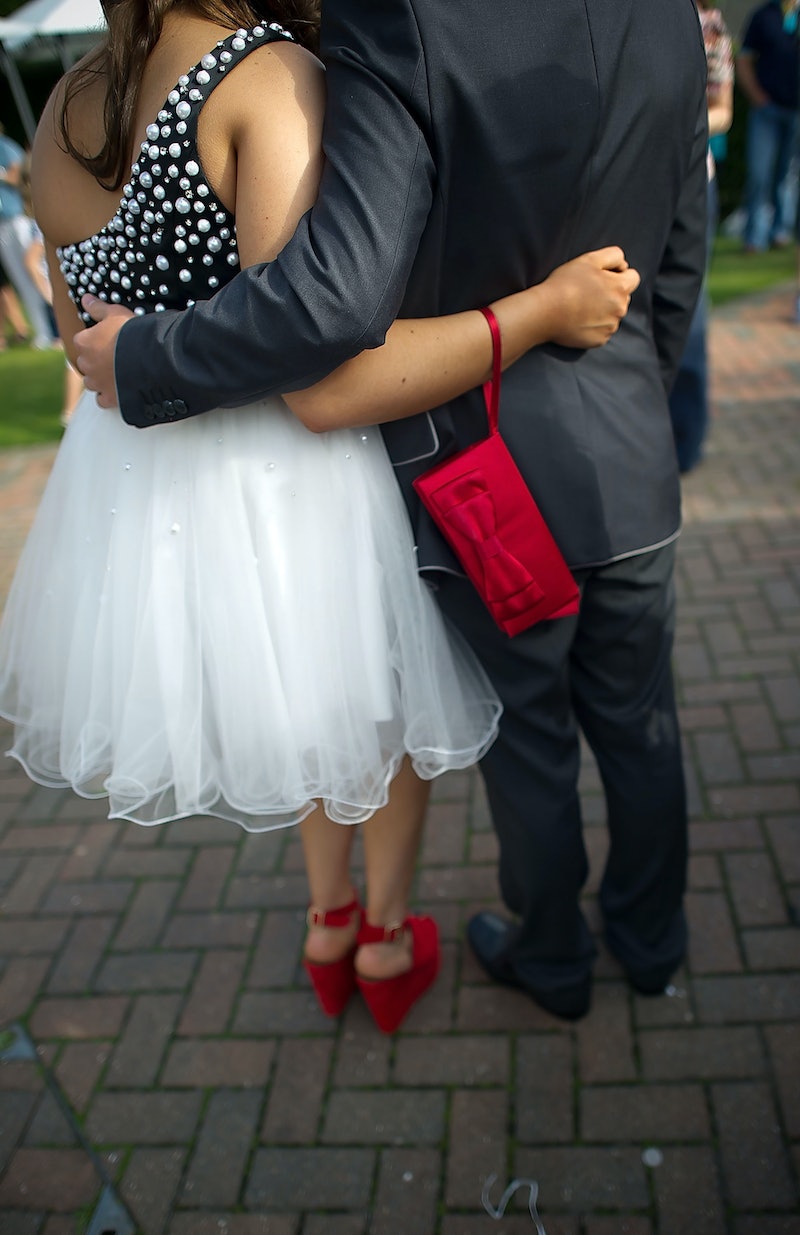 For most high schools, the choices for prom king and queen are set in stone by the time junior year comes around. One school in Utah, however, apparently decided it was time to do things a little differently, because Murray High School surprised two special needs students by naming them prom king and queen.According to Cosmopolitan, the student body at Murray High decided on their own to recognize Dustin Johnson and Jebbah Kamara as prom king and queen this year because they "wanted [them] to feel special," Dustin's mother told KSL-TV. The two special needs students were asked to come backstage during the talent show portion of the assembly naming that year's royalty, after which they joined the nominees onstage. Johnson and Kamara were awarded the titles to a standing ovation, including cheering in American Sign Language for Johnson, who is deaf.The two students took the surprise with aplomb, although they were understandably pretty excited. Johnson signed that he's "used to being famous," although he "always wanted to become a king," KSL-TV reports. According to his mother, he has always adored Cinderella, so the title is a dream come true for the student. In fact, she expects that he's going to wear the crown pretty much everywhere from now on.

Kamara, on the other hand, already knew she was royalty at heart, paraeducator Chris Conver told KSL-TV. "She's been bossing us around all week already," he said. "Now it's official."Kamara is set to attend the dance with the captain of the football team, who was "recently voted Murray's Prince Charming," according to Deseret News. She lives with her grandparents and is an African refugee, Cosmopolitan reports, although her educators say she's never let the obstacles she's faced affect her.This isn't the first time Murray High School has had special needs royalty, either. The school has done this twice before, and severe special needs teacher Jenni Matthews says one of her students was nominated last year. Although special needs prom kings and queens aren't a new tradition at Murray High, spirits were high at the assembly. According to Cosmopolitan, when KSL-TV asked how she felt about the coronation, Kamara replied, "I feel good."