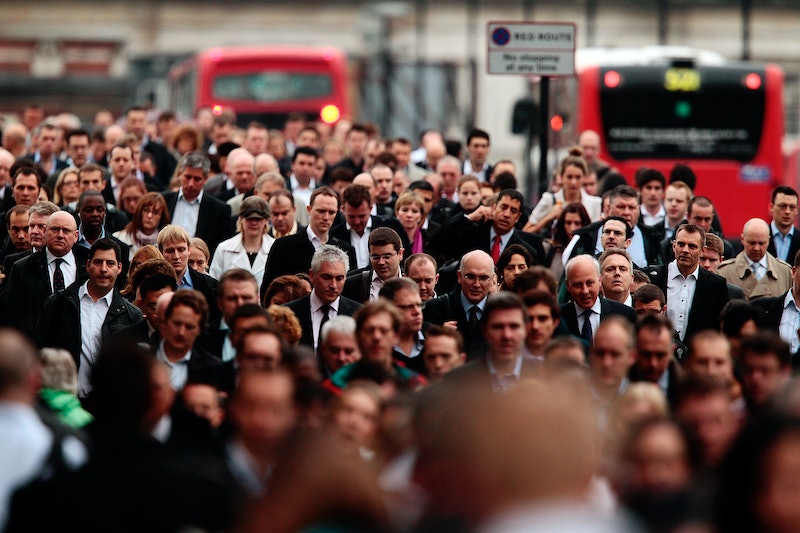 British essayist and poet Samuel Johnson said in 1777, “Sir, when a man is tired of London, he is tired of life; for there is in London all that life can afford.” Any Anglophile would agree that London—bustling, diverse, and exciting—is one of the great cities of the world, but while London may offer all that life can afford, what happens when no one can afford London? Steeply rising housing prices in the London area are causing many residents to leave the city in favor of more affordable communities, and there is significant concern that these migrations away from London will have a transformative effect on the city’s character. Dr. Rebecca Ross, a MA Communication Design course leader and senior lecturer at Central Saint Martins art school in London, developed the “London Is Changing” project in order to promote a city-wide discussion of how London’s high cost of living is affecting its citizens, all though the use of a few digital billboards.

Here’s how it works: Participants in the project are people who have left, are planning to leave, or are planning to move to London. They visit londonischanging.org, and explain why they’re relocating and how they feel about it. Excerpts from people’s responses are then displayed in rotation via digital billboards. In an interview for The Guardian, Ross explains,

The digital technology afforded the opportunity to facilitate a citywide dialogue about the socio-economic changes underway in London and display the voices of individuals impacted at a monumental scale normally reserved for large corporations.

The survey’s respondents offer a variety of perspectives on the changing city. A few people who are moving to London express optimism and excitement about their relocations, but many of the billboards’ quotes are decidedly negative. They reveal people’s dread of long commutes; their concern that, in catering exclusively to the rich, London will lose much of its diversity and creativity; their fear that staying in London will condemn them to a life of poverty; their nostalgia for the city in which they grew up; their grief at losing their homes.

Although you have to be in London to see the billboards first hand, this project has important implications for those of us outside of the UK. With housing prices in cities like New York and San Francisco reaching astronomical heights, American cities are facing similar migrations and similar changes in their cultural landscapes. Check out more of the London billboards here.