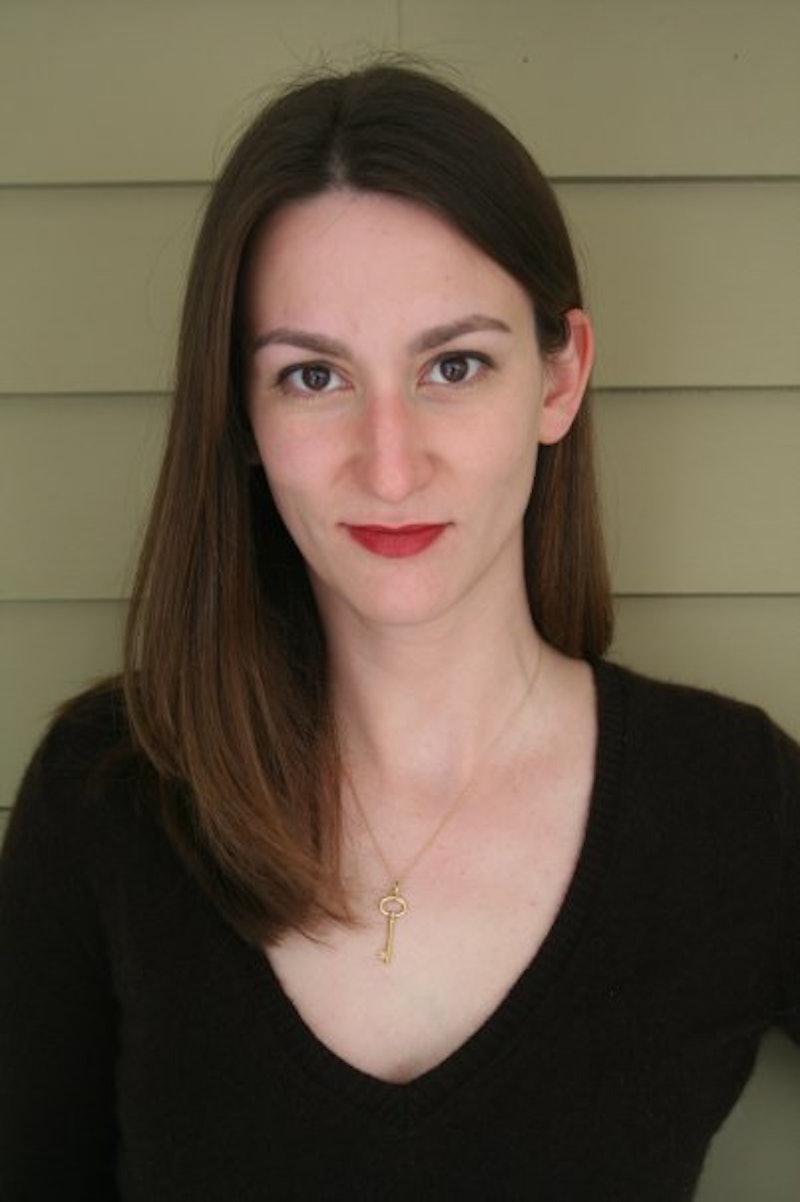 Katherine Howe has never shied away from the mystics. She's the novelist behind two books that pull in elements of the Salem Witch Trials: The Physick Book of Deliverance Dane and last year's exceptional young adult novel Conversion . This time, however, Howe turns her historical, supernatural eye away from witches and onto ghosts and mediums. The Appearance of Annie van Sinderen is set to hit shelves (and my shelf in particular, ASAP) come September 15, but we have the haunting cover right now.

The Appearance of Anne van Sinderen starts in the hot, sticky summer of the East Village in New York City as a psychic is performing a séance. And it's not the séance you and your girlfriends did at every sleepover after you watched The Craft for the 10th time, because this one actually works. And Wes Auckerman, a young aspiring filmmaker studying at NYC, is there to capture it on film. When Wes meets the mysterious, hilarious Annie, there's more than one thing off about her. Her slang is outdated, she's distant, and she never seems to be able to travel outside of the Bowery. You see where this is going, of course. Annie is a ghost, and she has been dead for nearly 200 years, stuck searching for the answers to what exactly happened to her the night she died way back in 1825.

Just like in Conversion, Howe is a master at being able to meld elements of the supernatural with fact and history. She has a way of making you believe that these things — ghosts, witches, psychics — are all a real part of our world, whether they truly exist or whether they are just a driving force in people's beliefs. Perhaps it's because the writer is descended from accused Salem witches Elizabeth Proctor and Elizabeth Howe, so the mystical (or the image of it) truly is part of her own history.

And just as Howe's tone and subject matter would have you believe, The Appearance of Annie van Sinderen's cover is mouth-gaping eerie. Take the first, exclusive look for yourselves:

Ummm. This is terrifying. Maybe it's just me, as a child of the '80s, because I grew up with many examples of scary door knobs. But my mind flashes to the arguing door knockers in Labyrinth:

And to the angry door knob in Disney's Alice in Wonderland:

Howe's cover also so, so perfectly captures the historical and haunting elements without giving away the ideas of the story. I think I would be in love if I wasn't hiding my face behind my coffee mug right now. As if we could get any more excited for September and the release of The Appearance of Annie van Sinderen.