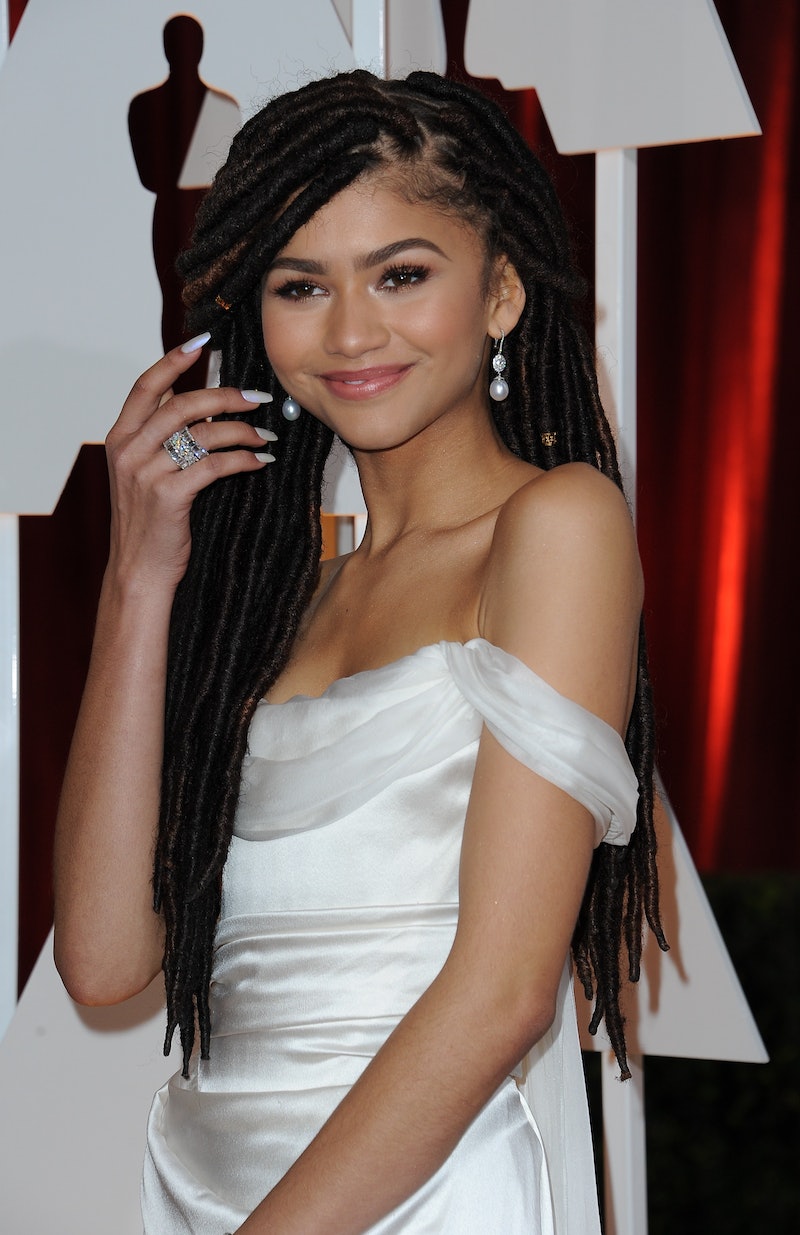 Perhaps more talked-about than the Oscars themselves, was Giuliana Rancic's comment about Zendaya's hair. The Fashion Police star dedicated a portion of the post-awards show rundown to talking about how Zendaya's dreadlocks made her look like "she smells like patchouli oil… or maybe weed." But Zendaya wasn't having any of it, and a lot of celebrities are supporting Zendaya on Twitter.

The 18-year-old actress and singer addressed Rancic's comments in a stunning response posted to her social media accounts. In them, Zendaya criticized Rancic's stereotype of her and then went on to say she wore her hair in "locs" to to remind people that natural African American hair is good enough.

Rancic later apologized both on air and also on Twitter saying, "I'm sorry I offended you and others. I was referring to a bohemian chic look. Had NOTHING to do with race and NEVER would!!!" But many are still very disappointed in Rancic's words, including fellow Fashion Police star Kelly Osbourne. In a series of tweets she threatened to quit the show if things were not made right as Zendaya was a friend of hers. "I do not condone racism, so as a result of this I'm seriously questioning staying on the show," she said in a tweet.

Osbourne is just one of the many celebs who have stood behind Zendaya through all of this. After the news broke, celebrities took to Twitter to celebrate Zendaya and her mature response.

It's really great to see people come together to support Zendaya in the wake of Rancic's offensive remarks. Hopefully the Fashion Police host learned from this experience, and hopefully a lot of other people did too. It's 2015. Time to stop tearing people down for how they wear their hair.