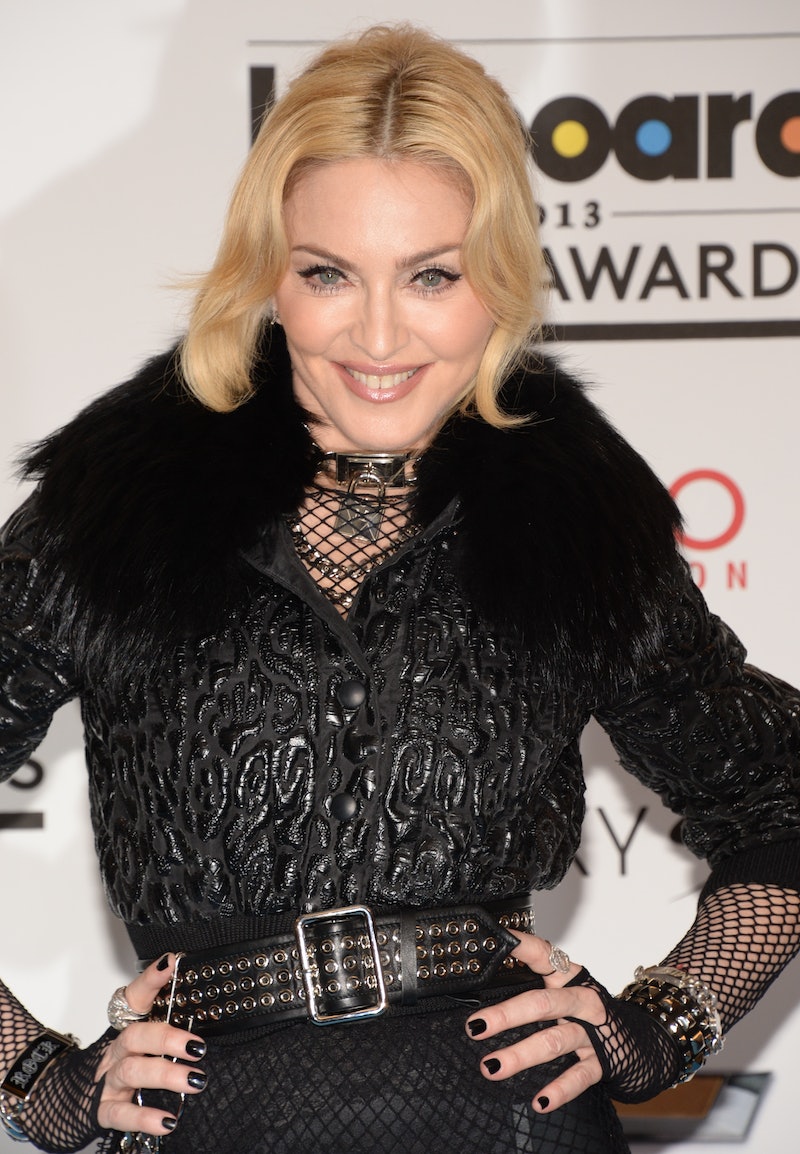 Some might bow down to Taylor Swift and Beyoncé — hey, they aretaking today's music world by storm — but we really should be focusing on the woman who paved the way and continues to do so, no matter the age of the artist. That's right, I'm talking about Madonna. There's no doubt that she's an inspiration and role model for women, something that was proven, yet again, in an interview with Rolling Stone. In said interview, Madonna fought ageism, opening up about how women can be relevant at any age.

As she said in the interview:

It's still the one area where you can totally discriminate against somebody and talk shit. Because of their age. Only females, though. Not males. So in that respect we still live in a very sexist society. No one would dare to say a degrading remark about being black or dare to say a degrading remark on Instagram about someone being gay. But my age – anybody and everybody would say something degrading to me. And I always think to myself, why is that accepted? What's the difference between that and racism, or any discrimination? They're judging me by my age. I don't understand. I'm trying to get my head around it. Because women, generally, when they reach a certain age, have accepted that they're not allowed to behave a certain way. But I don't follow the rules. I never did, and I'm not going to start.

We all know Madonna is not afraid to express herself (pun intended), be sexy, and date younger men. She never apologizes for being who she is or for being 56 years old. And one thing Madonna certainly won't say "I'm sorry" for is her banging body, which some think isn't "average." Per Madonna,

You know what? It could be the average some day! That's the thing. When I did my sex book, it wasn't the average. When I performed "Like a Virgin" on the MTV Awards and my dress went up and my ass was showing, it was considered a total scandal. It was never the average, and now it's the average. When I did Truth or Dare and the cameras followed me around, it was not the average. So if I have to be the person who opens the door for women to believe and understand and embrace the idea that they can be sexual and look good and be as relevant in their fifties or their sixties or whatever as they were in their twenties, then so be it.

Anyone else feeling inspired? Madonna isn't the only celebrity in her 50s that's all-around amazing and showing that women can achieve any dream they might have, regardless of their age. And here are a few other older women we all look up to who have done the same.

Not only has Streep been nominated for 19 Oscars and won three, but Streep has proven time and time again that even in your 60s you can make a name for yourself and star as a leading lady. Even when she's in her 80s, Streep will still be relevant, because it's Meryl freaking Streep. This woman can do no wrong.

Ever since Oprah came into the limelight, she's been an inspiration to practically anyone who has turned on a television in his or her lifetime. If anyone has proven that women in their 60s can do it all, it's Oprah. I mean, once hosting her own talk show, having her own TV network to being nominated for two Oscars, and building a school in Africa? If only we could all multitask so well.

Like Oprah, she also is known by one name. The actress, comedienne, and talk show host has hosted 12 seasons of her talk show, The Ellen DeGeneres Show. And she continues to enjoy viral moments. Kids, learn from her.

The How To Get Away With Murder star is a force to be reckoned with. I could go on and on about how amazing she is, but I will let Viola Davis' words speak for her. As she said at the 2015 SAG Awards:

All right, when I tell my daughter stories at night, invariably a few things happen. Number one, I use my imagination. I always start with life and I build from there. And then the other thing that happens ... she always says, 'Mommy can you put me in the story?' It starts from the top up, so I'd like to thank Paul Lee, Shonda Rhimes, Besty Beers... and Pete Nowalk… for thinking that a sexualized, messy, mysterious woman could be a 49-year-old dark skinned African-American woman who looks like me.

More like this
Blake Lively Posted Her Pregnancy Photos To Get Paparazzi To Leave Her Alone
By Stephanie Topacio Long
UK Viewers Will Have To Wait To Watch The Handmaid’s Tale S5
By Maxine Harrison
15 Offensive AF Jokes In 'Friends' That Really Aren't OK
By Tolly Wright, Bustle Editors and Meguire Hennes
Megan Rapinoe's Relaxation Hack Is Super Dreamy
By Carolyn Steber
Get Even More From Bustle — Sign Up For The Newsletter